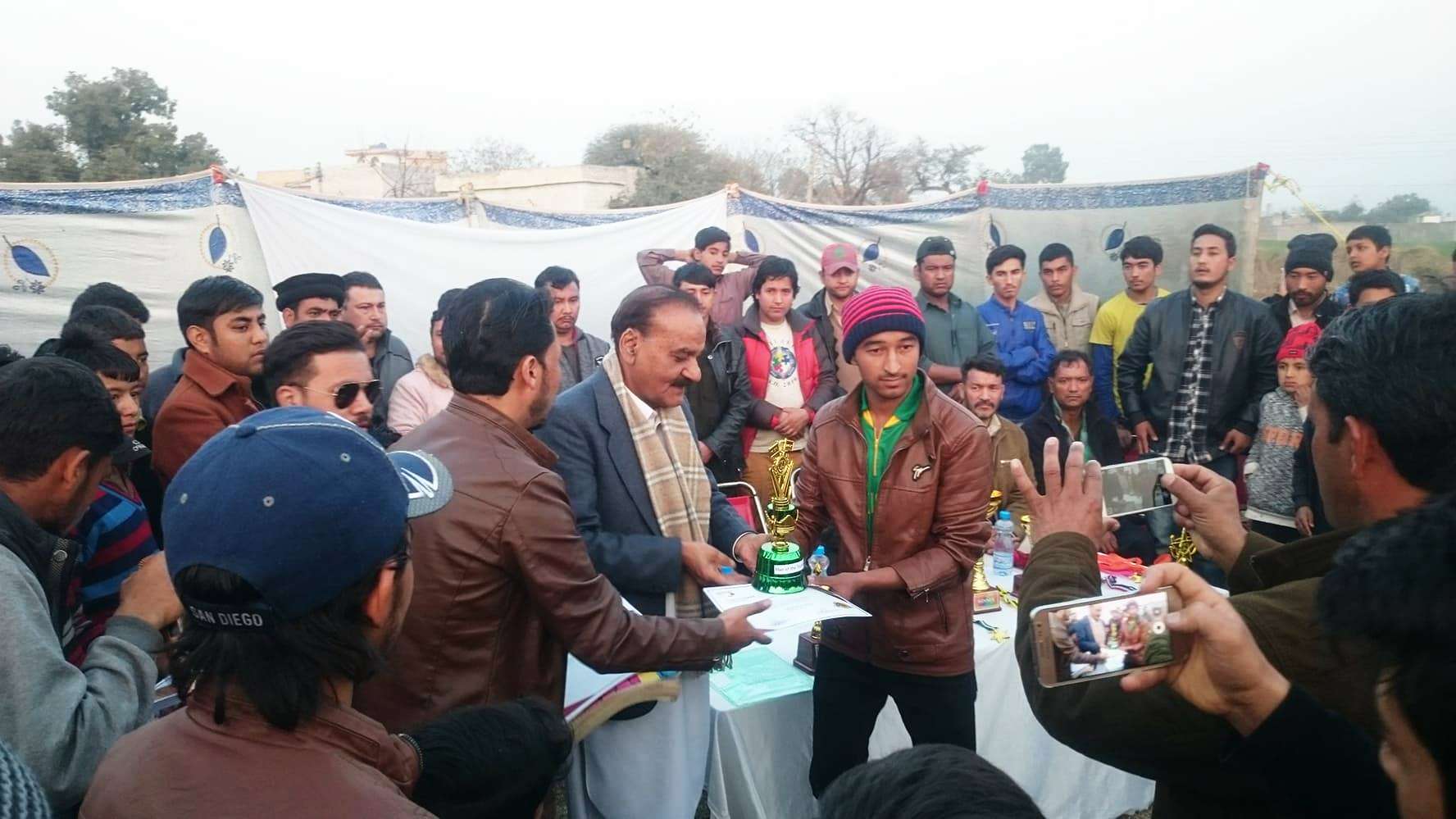 The majority of the teams were named from the respective Balti villages that the players belonged to. That’s why, there were representations from Machulu, Hasanabad, Siksa and Pion etc. Every team necessarily had to win from their first matches in order to qualify for the next round in the 5-overs tournament.

Playing for Al-Arif, Mairaj Khalid remained the stand-out of the tournament, performing both with his bat and bowl. In the first match of his team Al-Arif, he single-handedly steered away victory from Ghanche-II in what was turning out to be an emphatic win for the opposite team. At a time when wickets were tumbling like flies for Al-Arif during their chasing, Khalid remained firm at one side with his sixers and fours. 33 needed from 12 balls reached down to 15 needed from 6 balls thanks to some massive hittings from him. And when 9 remained from 3, Khalid hammered a sixer and a four of the next two deliveries to snatch away the victory. Although his team lost in the semis, his performance remained consistent both with the ball and the bat, earning him deservedly the player of the tournament.

Mr. Mohammad Shafiq, the Minister of Food Department Gilgit-Baltistan, appeared as the chief guest on the final match.

While the final match between Siksa Cricket Club and Balghari Kingstars was no less enthralling. Batting first, Balghari Kingstars posed a mammoth target of 67 at a ground where the previous matches averaged in the 40s and 50s, and that too against a formidable bowling attack of Siksa. However, Siksa were unfazed as they kept the scoring rate in pace with the required rate without losing wickets during their chasing. The score was huge, but the Siksa captain Zaheer himself was leading from the front. In the ending part of the game when the asking rate was mounting, Captain Zaheer hammered some brilliant sixers which won them the game in only 4.2 overs, a significant achievement considering the target. The jubilant Captain Zaheer, therefore, won the man of the match title.

In the end, chief guest Mr. Mohammad Shafiq appreciated the effort of Mashabrum Student Community for organizing the whole tournament and subsequently provided medals and titles to the players of the winners and the runner-ups.