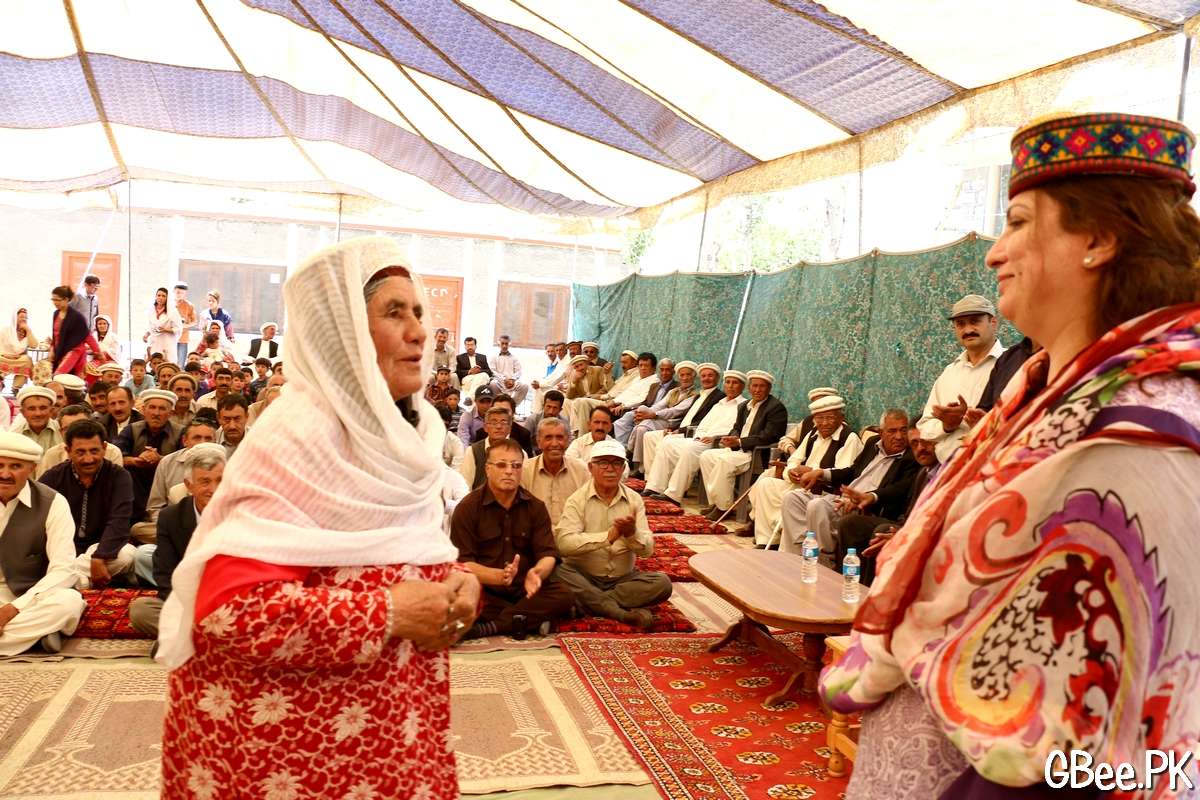 The festival of Chineer was celebrated with traditional zeal at Jamalabad (formerly Morkhon) in Gojal, Hunza. The festival was organized by Hashoo Foundation in partnership with Center for Culture and Development (CKU), Pakistan. Chineer is the Gojal version of Ginani festival which was celebrated at Baltit Fort in Karimabad this past week and planned to be held at Chalt in the Nagar district later this week.

The word Chineer comes from a traditional dish that is prepared on the morning of the festival, hence, the festival itself is named after it. The locals prepare the dish and invite their friends and family on a feast.

Ole Ramsing, Program Manager of CKU and Ayesha Khan, Country Director of Hashoo Foundation, among the local elders during a prayer at inauguration of Chineer festival.

Historically, Chineer was celebrated in Gojal regions of Hunza to welcome the new maize harvest. A similar event is also held across Gilgit-Baltistan to welcome the start of a fresh harvesting season.

Ole Ramsing, the Program Manger of CKU in Pakistan, along with Ayesha Khan, the country director of Hashoo Foundation, were the guests who inaugurated the event.

The local elders and children performed traditional dances during the festival. Wakhi folk songs were sung by Bulbulik team who also made a sitar instrumental performance. Later, the chief guests visited the music school funded by CKU and met the trainee musicians.

The management and locals appreciated the contributions of CKU and Hashoo Foundation for the promotion and revival of indigenous cultures in the mountainous regions like Gojal.

In his speech, Ole Ramsing, the Project Manager of CKU in Pakistan said that he was happy to see the local support organizations for conducting such a beautiful event.

Ayesha Khan, the country director of Hashoo Foundation stressed on the need to work together to improve the basic needs of the people of mountainous communities in Gilgit-Baltitistan. She also mentioned that the development practices need to be change changed and there is a need to work on the modern needs of the education, health care, ECED, and also on culture and on the tourism of the area.