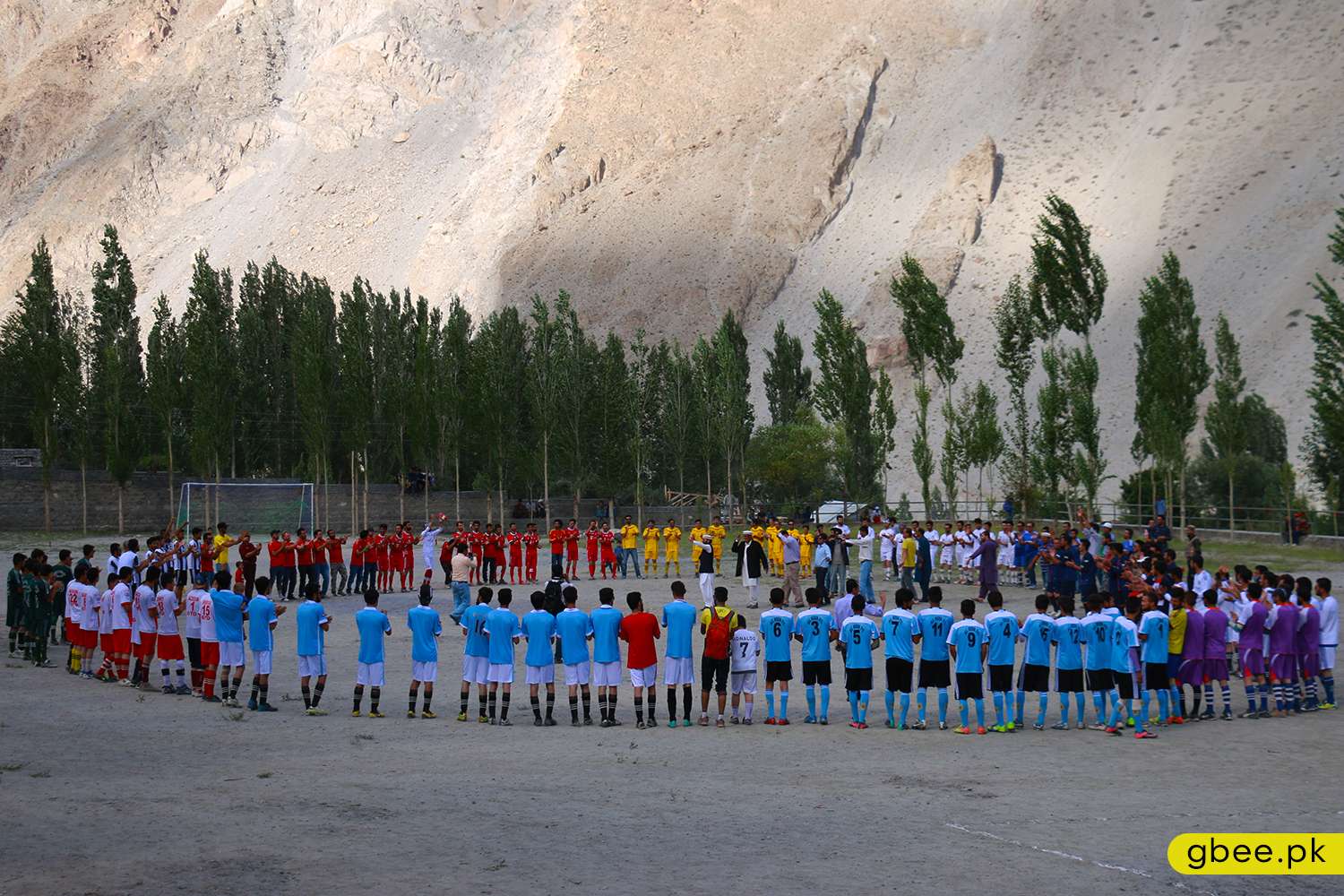 The 4th edition of Gulmit Premier League – GPL has started at F.G. Boys High School ground in Gulmit, Gojal, Hunza. Deputy Speaker of Gilgit-Baltistan Legislative Assembly (GBLA) Jafar Ullah Khan inaugurated the event. The opening match was played between Gulmit Tigers and Mountain Boys.
More than 15 teams from Gulmit village are participating in the premier league. The league was formerly played at Gulmit Polo Ground but this year the venue has been moved to Boys High School near Karakoram Highway (KKH).
The league matches will continue till 12th August. The final will be played on 14th August, 2016.

GBLA Deputy Speaker Jafar Ullah is seated among other leaders of Gulmit.

Talking to GBee.PK, Deputy Speaker Jafar Ullah Khan appreciated the efforts of people of Gulmit and the management of Gulmit Premier League in successfully organizing the event continuously for the 4th time. He said that their government is taking steps for promotion of sports in the region.
He said that the government of PML(N) is making sure that all districts in Gilgit-Baltistan are getting their part of funds allocated for promotion of sports. He added that only sports can bring people together and keep the youth busy with positive activities.

Local elders, youngsters, both male and female; came out to witness the inaugural ceremony of Gulmit Premier League.
Gulmit Premier League is played every year in July but due to the month of Ramadan this year, the event was moved to August.
Related Topics:Boys High SchoolFootballGbeeGBLAGulmitGulmit Premier LeagueGulmit TigersJafar Ullah KhanKarakoram HighwayKKHMountain BoysRamadanRamazan