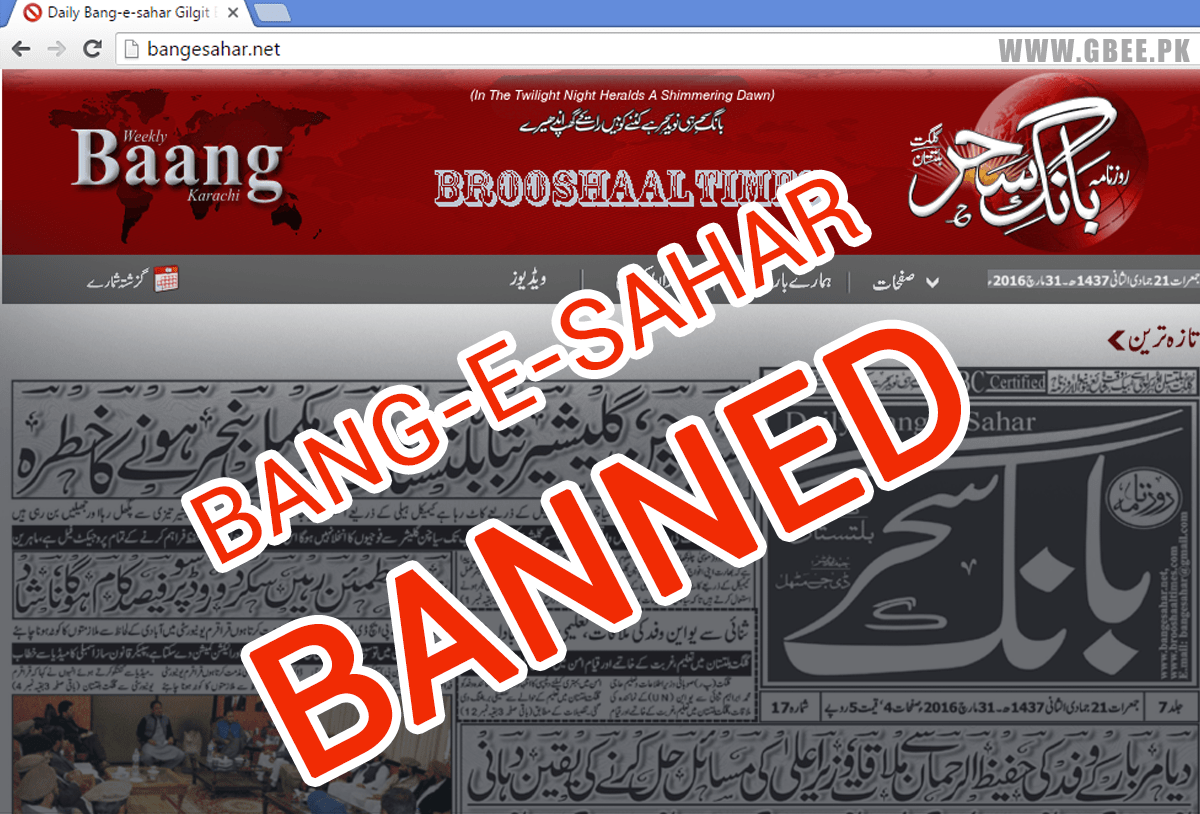 In a strange move, Pakistan Telecommunications Authority (PTA) has banned the official website of Bang-e-Sahar (www.bangesahar.net). The move has come after PTA established its zonal office in Gilgit earlier this January.

According to a Bang-e-Sahar official, the website was showing an error at around 8:30 AM on 31st March, 2016. The website could have been blocked on the previous evening. Bang-e-Sahar is one of the leading newspapers published out of Gilgit-Baltistan. It had recently made a soft copy-version of its newspaper available on the website.

So far, there is no news on why PTA has blocked the website for viewing in Pakistan. We checked with various ISPs and all of them (Update: except WiTribe) have blocked the website on their networks. Usually, PTA asks Internet Service Providers (ISPs) to block a specific website or a set of website URLS. We are trying to reach some ISPs to get more insight on this. There is no update on PTA website about the ban.

In the past, PTA has blocked website like Youtube, Wikipedia, WordPress etc on various grounds. Some of these websites have been unblocked but hundreds and thousands of websites remain blocked on major ISPs that PTA oversees.  Youtube was unblocked after over 4 years of legislation and complaints by common citizens. Majority of the blocked websites have either adult oriented, blasphemous or other forms of controversial content. It is still to be found out on what grounds PTA decided to ban the Bang-e-Sahar’s news website.

Recently, despite a lot of stir, PTA has failed in auctioning Next Generation Mobile Spectrum (NGMS). The people of Gilgit-Baltistan, along with those in Azad Kashmir, still cannot enjoy 3G/4G technologies.