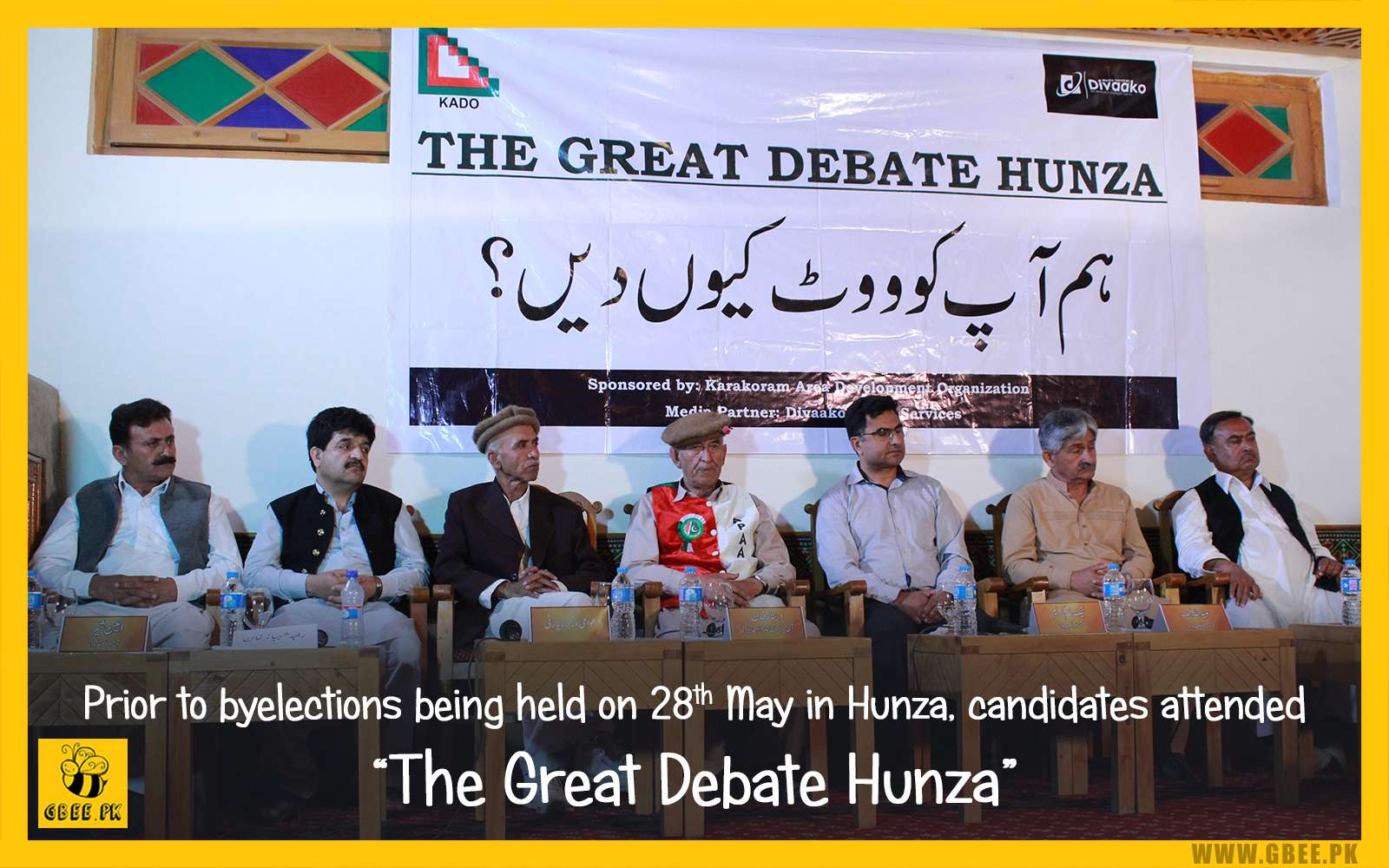 Setting a new trend in the region, by-election candidates in district Hunza of Gilgit-Baltistan attended “The Great Debate” to announce their mandate and answer questions during an event held in Karimabad. Representatives of all participating parties attended the debate except Saleem Khan (PMLN), Aziz Ahmed (PTI) and Wazir Baig (PPP). The event was organized by Dewaako Media Services in collaboration with Karakoram Area Development Organization (KADO).

Important matters like China Pakistan Economic Corridor (CPEC), power issue in the region, jailed activists and status of Gilgit-Baltistan were discussed. The candidates shared their opinion on these matters and how they will come up with the solutions when the come to power.

About 26,000 voters will cast their vote to elect a leader on the GBLA-6 seat that was vacant after Mir Ghazanfar Ali Khan, who earlier won general elections, was appointed the Governor of Gilgit-Baltistan.

Dewaako Media Services and Karakoram Area Development Organization (KADO) had also arranged a similar event during general elections. The recorded video will be aired on Sujo Hunzo, a local channel available on cable TV across central and lower Hunza.