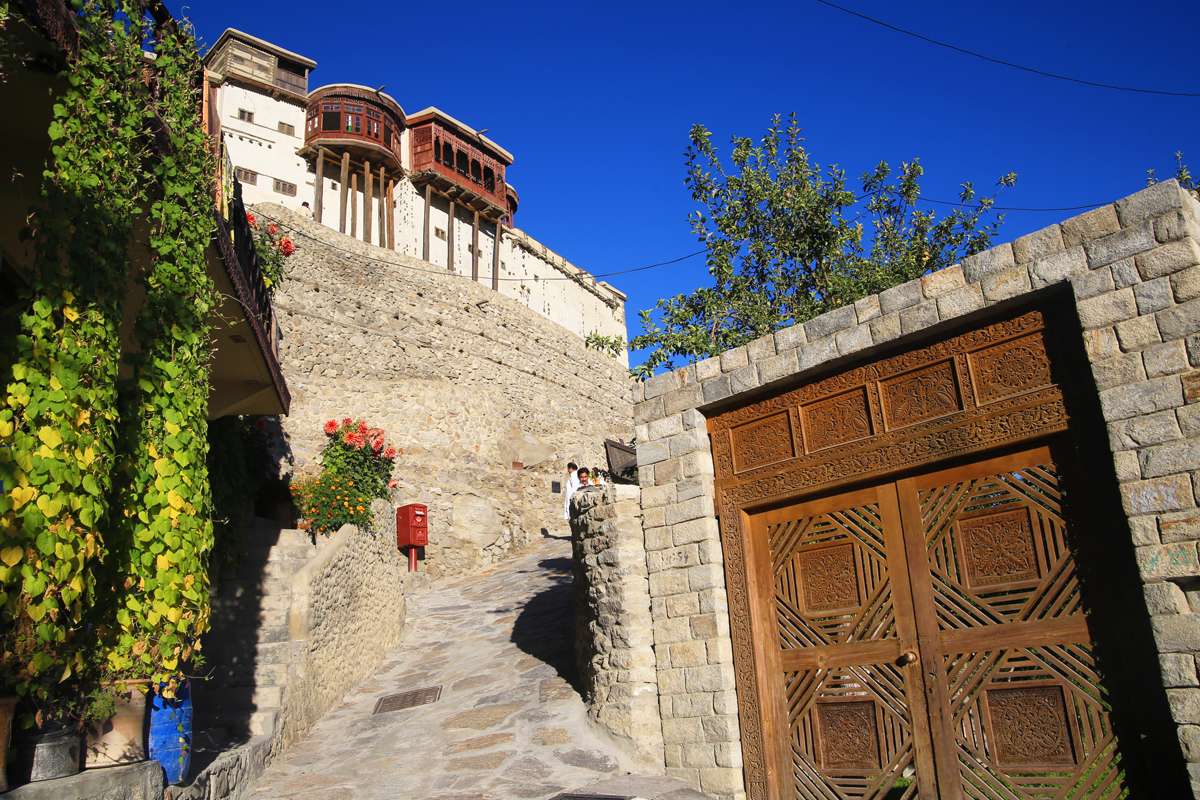 The region of Gilgit-Baltistan is not only blessed with some spectacular natural scenery but some man-made wonders also add up to the glory of this part of Pakistan. One of the prominent names that come into the mind while talking about Hunza valley is the Baltit Fort. The fort is located at an elevation

We recently visited the Baltit Fort and we have compiled a list of 5 interesting facts that might not know about the historic monument.

The foundations of Baltit Fort were first laid some 700 years ago. Over the next couple of centuries, restoration work was carried out. The biggest one took place in the 16th century when artisans from Baltistan came to Hunza and changed the entire shape of the fort. The Ladakhi/Tibetan architecture influence of the fort comes from the same restoration period. This restoration work by Balti artisans was done as part of a dowry of a princess who got married to a prince of Hunza at that time.

2. It was home to the royal family of Hunza for centuries

Baltit Fort was not the only home to the family of Mirs – the royal rulers of Hunza. The royal family was based out of an even older Altit Fort which is located in the village of Altit at a huge elevated rock. However, a conflict resulted in one of the two brothers settling in Baltit Fort. The brother who remained in Altit Fort was killed hence Baltit Fort became the seat of the Hunza state.

For centuries, Baltit Fort remained home of the royal family of Hunza. Not only that, many festivities and important meetings were held inside specially built portions inside the fort.

Even today, festivals like Ginani are celebrated in Baltit Fort.

Portraits of some of the many Mirs of Hunza who ruled the state of Hunza.

Shah Saleem Khan is being escorted for the traditional rituals of Ginani Festival at Baltit Fort.

Baltit Fort was abandoned in the mid-1940s. The family of then Mir of Hunza moved to a newly built palace within Karimabad town. For decades, the fort remained a haunted place while it slowly turned into a ruin. During this time, a lot of important items disappeared, a number of which were never recovered.

From 1945 until the 1990s, no repair work was done in the fort which posed a threat to a possible collapse of the building.

4. It took 6 years to renovate the Baltit Fort

The fort was renovated by Aga Khan Cultural Services for Pakistan (AKCSP) and opened for public in September 1996. The restoration work of Baltit Fort took AKCSP about six years to complete with the support of Aga Khan Trust for Culture (AKTC). The fort was inaugurated after restoration by His Highness Prince Karim Aga Khan and then president of Pakistan Mr. Farooq Ahmad Khan Leghari.

5. Baltit Fort is now a museum

After the restoration of Baltit Fort in 1996, the fort was opened for public. It is now being managed by the Baltit Heritage Trust. An estimated 15,000 people visit the Baltit Fort every year which includes locals, domestic and foreign visitors.

Local elders and leaders of tribes gather in Chataq at Baltit Fort for the celebrations of Ginani Festival.