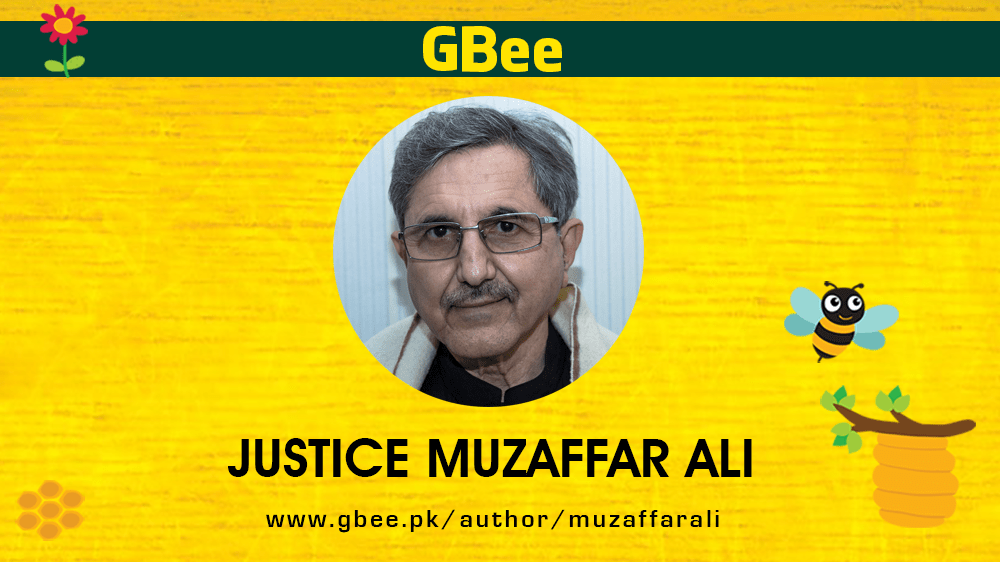 For decades, the bureaucrats, ruled one by one, imposed black laws like FCR to string the people of GB. The applied principle of “divide and rule”, created feelings of fear in leading sectarian leaders about the popular demand of the province and also against the demand of its “status at par to Azad Kashmir”. The ruling class therein succeeded to divide the inhabitants but failed to remove their loyalty to Pakistan. The general public, despite hindrances created, stood for their popular demands of province or a setup like Azad Kashmir. In the year 1971, a strong movement in Gilgit was lodged against FCR and the bureaucratic system. The movement was portrayed as rebellion and leading people of the movement were thrown into jail and ground the movement down.

The principle of “divide and rule” also caused sectarian conflicts among the people. Brotherhood in the primitives for centuries abruptly turned into an enmity to the extent of killing each other. Despite that, the struggle for Pakistan continued. The people of Gilgit-Baltistan raised their voice even before August Supreme Court and succeeded to get directives against the federation of Pakistan to even amend the constitution to give fundamental rights to the people of Gilgit-Baltistan. The federation of Pakistan gave no weight to the directives issued and thereafter too, the people were robbed of their fundamental rights and ruled over the region through administrative orders.

Kashmir issue between India and Pakistan once in the history rose up to the point that, Security Council came forward to intervene into and passed various resolutions for its solution but the Security Council failed to implement its resolutions over. The superpowers even the UNO tilted towards Indian policies which encouraged India to digest the whole of the Kashmir region and recently, Modi’s government changed the special status of occupied Kashmir, amended its constitution, and included the entire Jammu & Kashmir in its constitution as an Indian union territory. India became so bold by the friendly attitude of superpowers that he declared Azad Kashmir and GB also as its constitutional integral part.

The changed regional and international political and strategic scenario riveted the attention of policymakers in Pakistan to bring into consideration the undefined status of GB. The responsible institutions are well-versed about the regional and international importance of GB and probably Pakistan’s time-tested friend countries like china also are of the opinion that, the undefined status of GB might pave a way to malafide intention of India to falsely claim its sovereignty over the region. Therefore, the policymakers in Pakistan are in consonance to give the region constitutional status but with a careful condition to keep alive the Kashmir issue.

The first tier in responsible institutions is unanimous to amend the constitution to include GB as the fifth province but the settlement would be “provisional pending disposal of Kashmir issue”. This decision of Pakistan is as valid as once in history the Pakistan government entered into the boundary agreement with China taking the adjacent territory of GB with China. The boundary agreement 1963 between China and Pakistan is provisional because of the insertion of article 6 into it. The agreement neither affected the Kashmir issue nor was it objected to by UNO Security Council even India could not be objected.

Some misguided people from the region and some political leaders from Azad Kashmir raising objections to this solution but, in my opinion, the same is a dim light to reach our destination unless and until it is presented before the parliament and declared GB as the fifth province of Pakistan, giving powers at par to other provinces by introducing proper amendments into the constitution.

I am suspicious even today that, the proposal might not be confused by the bureaucrats in Pakistan using tactics of red-tapism as the same is in full bloom even in new Pakistan. People of GB pin their hope only one chief minister who has luckily been selected a member of the committee constituted by the prime minister for the formulation of a document after going through the detailed “ifs and buts” arising on the subject. Since, the young chief minister is not only a chosen representative of GB but also, a barrister at law from Britain and a practicing lawyer. He is also descending a well-established and educated family as such he is best to his guard all the time in the meetings.

The people of GB would not accept any twist that might be applied by the committee to give smaller status than that of the status given to the other provinces under the 18th amendment, and an attempt to sabotage by giving a special status as had been given by India to occupied Kashmir under article 370 of its constitution previously or any blarney of article 257 or 258 of the constitution of Pakistan would not be acceptable to the people of Gilgit-Baltistan.