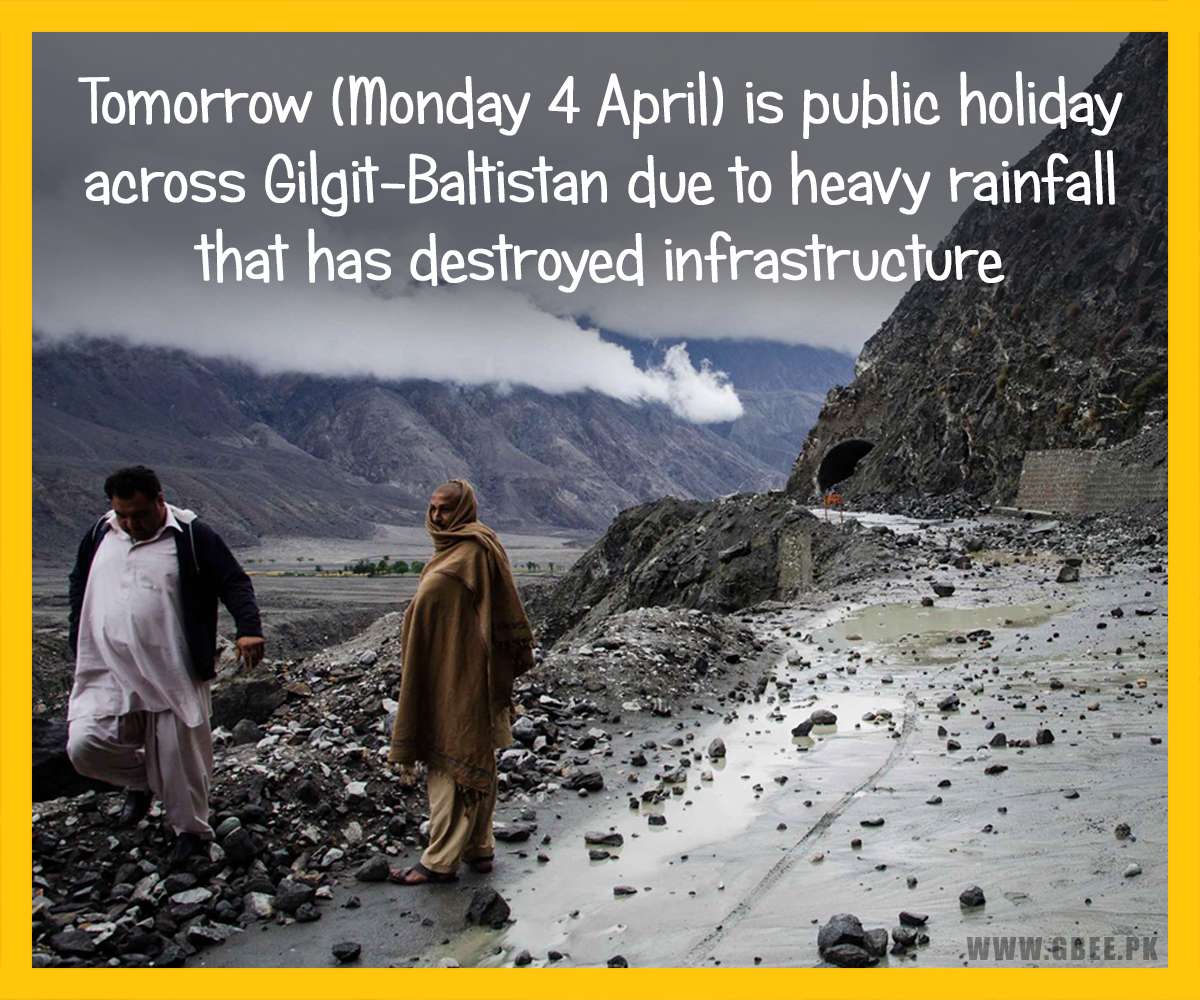 Chief Minister of Gilgit-Baltistan Mr. Hafeez ur Rehman has announced public holiday on Monday 4th April, 2016. The reason is the ongoing floods that has affected infrastructure across all districts in Gilgit-Baltistan. Gilgit-Baltistan has received one of the heaviest rainfall spells in recent times and it is not even monsoon time. Roads between major cities and districts remain blocked due to landsliding at multiple locations.

According to Pamir Times, at least 10 people have been killed in two different rainfall triggered events.

According to latest updates, at least 10 people have been killed in rain-related disasters in the Diamer District of Gilgit-Baltistan, in three separate incidents. Roads have been blocked and several dozens of houses have been completely or partially been destroyed due to landslides, floods and other rain related disasters. Watch Abdul Rehman Bukhari and Munawar Hussain Nagri's report from Gilgit.