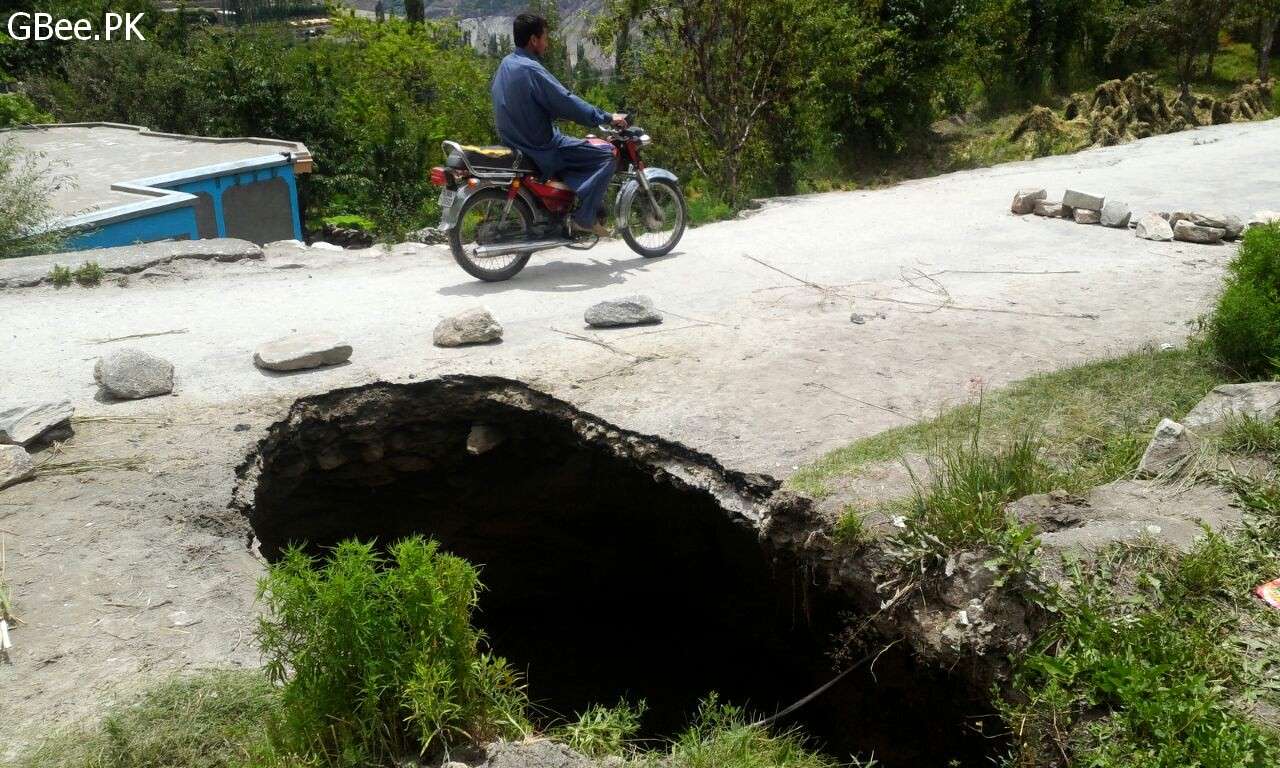 A massive sinkhole has appeared on the main Karimabad road in central Hunza district. The 12 feet wide and 7 feet deep sinkhole goes unnoticed for weeks by government in the heart of Governor Gilgit-Baltistan Mir Ghazanfar Ali Khan’s own hometown of Karimabad. The sinkhole had appeared in early June and gradually developed over the past 6 weeks. Local boy scouts have blocked the road from both ends to prevent any fatal accident.

Recently, the expansion of Karimabad road has been approved which was inaugurated by the Governor Mir Ghazanfar Ali Khan. The contractor had dumped material weeks before the expansion survey was held, adding up to the existing traffic troubles of locals and tourists. The road expansion is set to be completed in 19 months. Despite claims that the work will start on the same day of inauguration, there has been no significant progress yet. The road widening is being carried out under GBPWD.