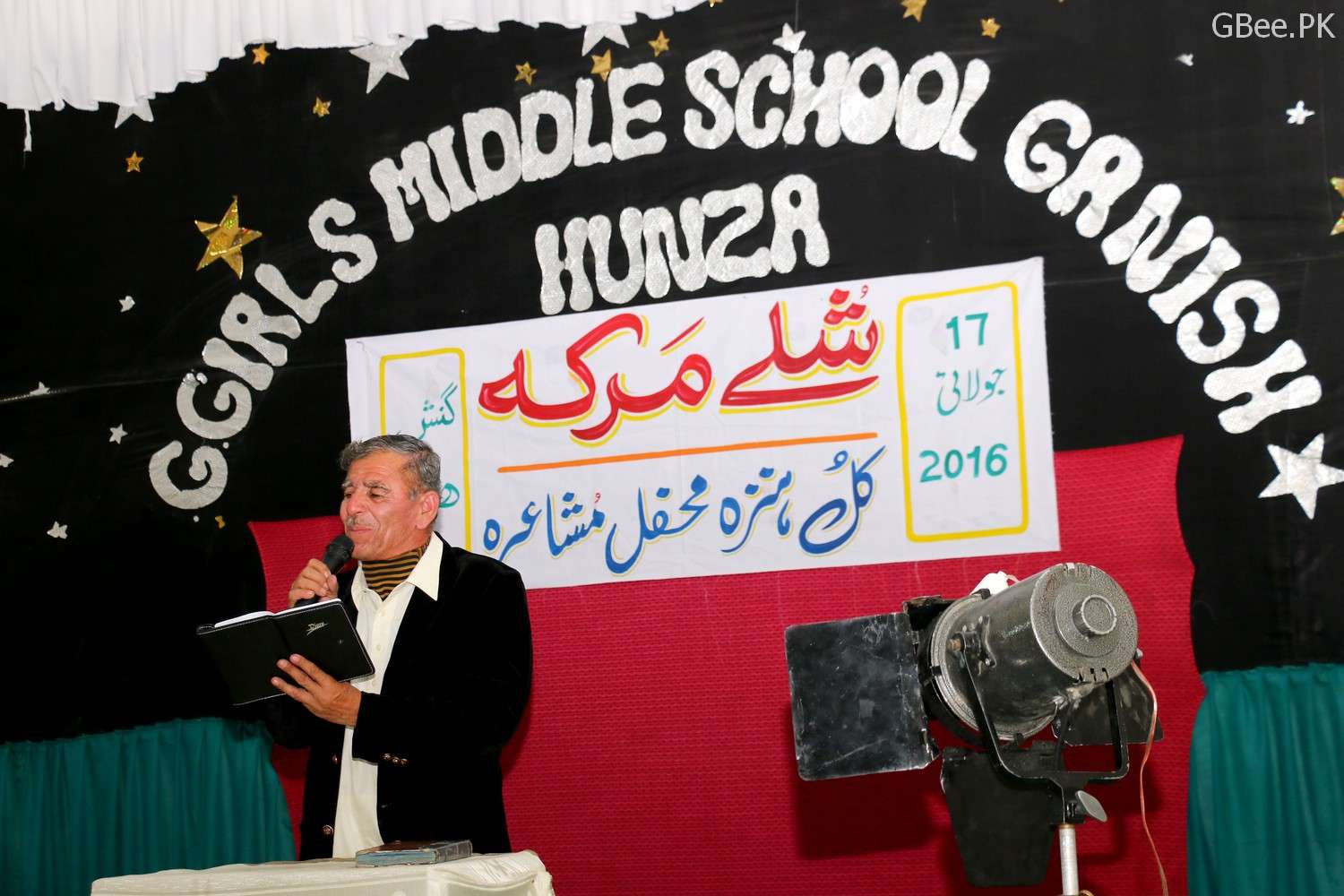 The annual Mehfil-e-Mushahira under title “Shulay Maraka” was held in Ganish in the central Hunza district of Gilgit-Baltistan. A number of famed poets, lyricists and literature enthusiasts participated in the event on a rainy evening in the historic town of Ganish. The event was part of annual celebrations of Karawan-e-Adab, one of the largest and currently operational literary society in the Hunza valley.

The program was followed by refreshment for the guests and participating poets. Later, a meeting was held to discuss a formal establishment of a literary society in Hunza to promote Burushaski writers and poets.

Videos with thanks to Ikram Najmi of Sujo Hunzo.