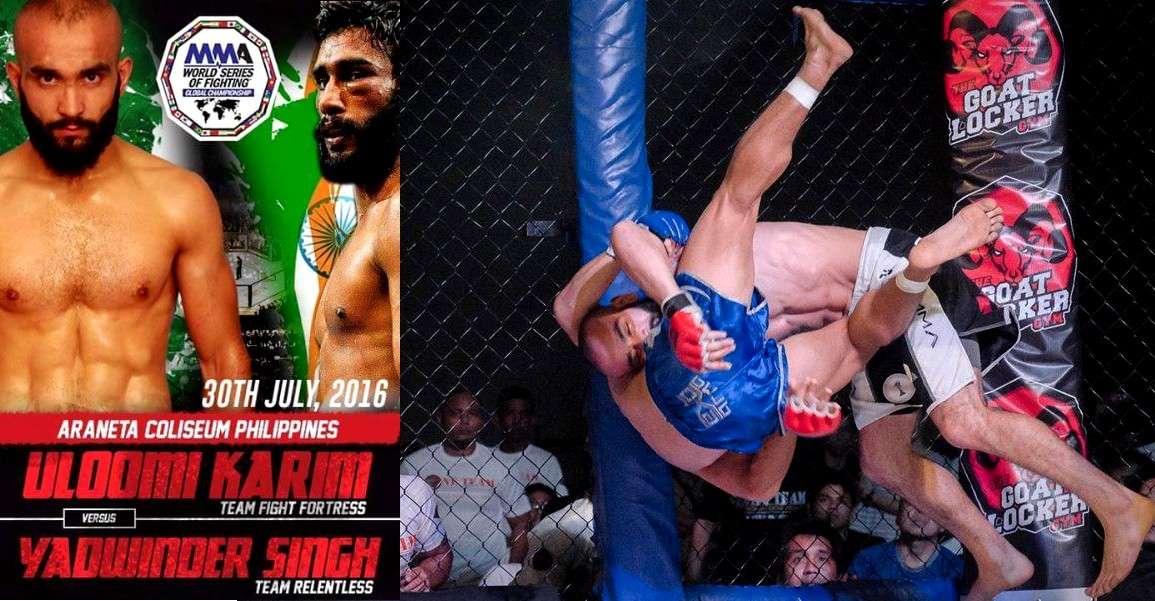 Uloomi Karim is representing Pakistan in the flyweight fight. This is not the first time Uloomi is representing the nation at an international arena, he has been playing at foreign lands for over two years now. He is currently Philippines’ UnderGround Battle (UGB) MMA champion.

Talking to Express Tribune, Uloomi Karim said: “Yadwinder is a traditional wrestler who has transitioned into the MMA, while my strength lies is striking. Hence, the fight won’t just have the Pakistan-India angle to it but will also be a battle of styles.”

Talking about his opponent Yadwinder Singh, who remains undefeated, he added: “Yadwinder and his [Team Relentless] camp are always very respectful and supportive, and we also reciprocate with the same,”

WSOF will be streamed live on wsofgc.com. The matches are scheduled to be started at 3:00 PM PST on 20th July, 016.