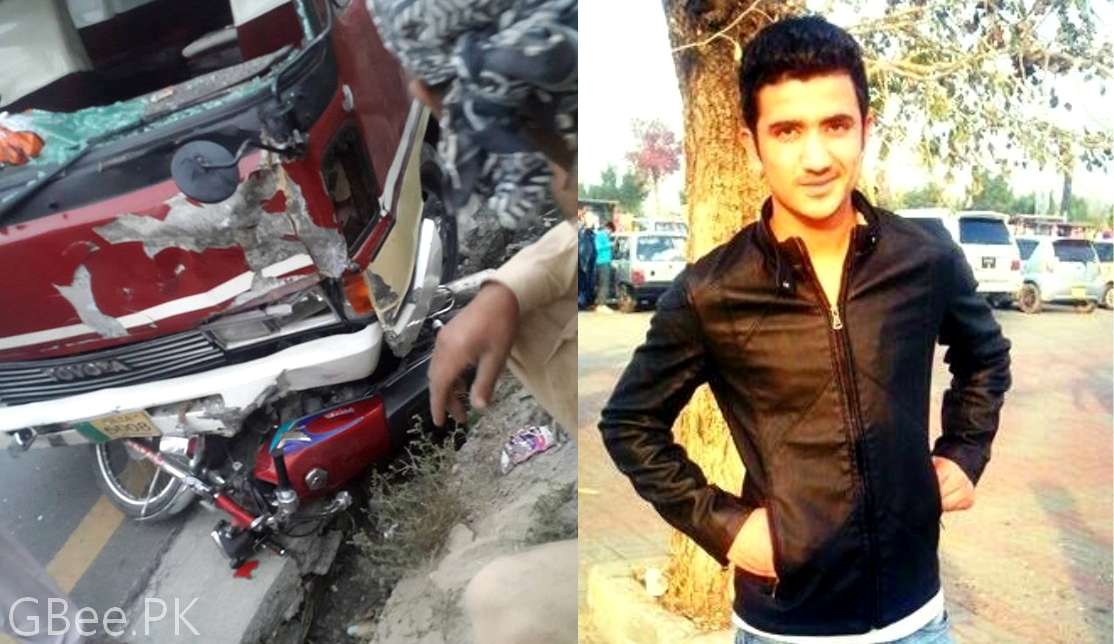 Zuhaib Ahmed, a 19-year old youngster from Hunza has scummed to injuries after his bike met an accident with a coaster. The accident took place on Karakoram Highway – KKH near Ganish in central Hunza district. Two others were reportedly injured in the accident.

Initially, two seriously injured and one minor injured were taken to nearby hospital. Zuhaib Ahmed, the seriously injured, could not survive the injuries and passed away early Wednesday morning. Another critically injured, who is the uncle of Zohaib, has been shifted to Rawalpindi.

Zuhaib was a student of Punjab Group of Colleges and was in Hunza for wedding of an elder sibling.

According to details, Zuhaib Ahmed was the son of Mr. Bashir, one of the brothers who own and operate the famous Eagle’s Nest in Duikar, Altit, Hunza.

This is not the first time such an accident has occurred on KKH. Despite dozens of causalities, the local government and law enforcement agencies have failed to come up with a proper plan. Hunza does not have traffic signals neither there is traffic police placed on major intersections. The use of helmets for bike riders could not be enforced and there is yet no way a speed limit could be enforced.

People can be seen gathered around spot of accident.

GBee News extends its deepest condolences and sympathies with the family and friends of the departed soul. May his soul find peace. Amen.