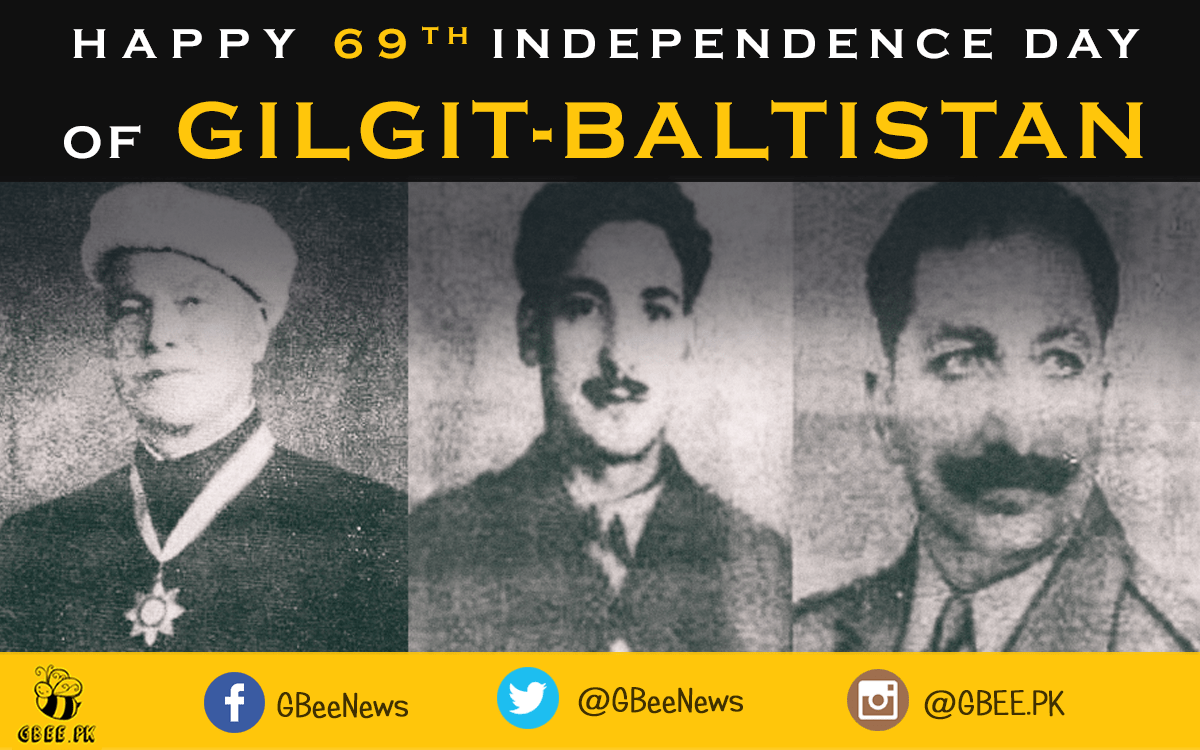 Gilgit-Baltistan celebrated its 69th independence day on Tuesday, November 1, 2016. The celebrations included various government and private organizations across Gilgit-Baltistan holding events to remember the sacrifices made by Gilgit Scouts to liberate the region from Dogra Raj.

On first November 1947, Governor Ghansara Singh of was overthrown by Major William Brown. Major Brown had been serving as a commander for Maharaja of Jammu & Kashmir. After successfully overthrowing the Hindu Dogra rule, Raja Shah Rais Khan was appointed the first president of Gilgit-Baltistan while Mirza Hassan Khan was given responsibilities of the commander-in-chief.

The interim government lasted for only a forth-night before Pakistan sent its first political agent Khan Mohammad Alam Khan, who was a Tehsildar from Khyber Pakhtunkhwa (then N.W.F.P.). He took over the administration of Gilgit upon his arrival. Eventually, other princely states dissolved and became part of Gilgit agency, Hunza being the last one to mark its accession with Pakistan in 1974. Even though Pakistan took control of Gilgit-Baltistan (then Northern Areas) soon after its own independence, the region is still seeking constitutional rights.

The independence day of Gilgit-Baltistan is celebrated every year on 1st November. People of Gilgit-Baltistan pay tribute to the heroes of freedom in their speeches and on social media. However, there has always been only a little coverage by Pakistan’s mainstream print and electronic media.

Chief Minister of Gilgit-Baltistan Hafiz Hafeez-ur-Rehman attended the independence day celebrations at Chinaar Baagh in Gilgit where march past and flag hoisting was ceremonies were held.