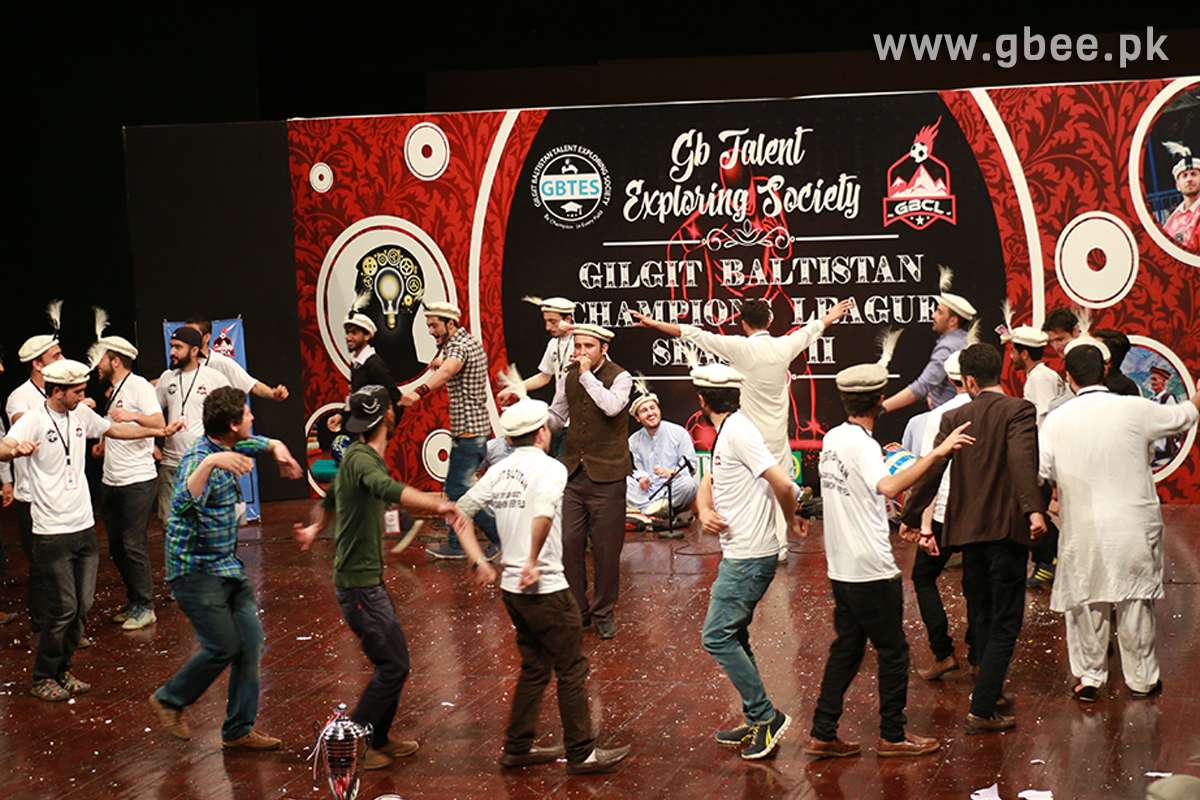 The event also marked the celebrations of Nowruz, the Persian New Year that many Shias and Ismailis celebrate across Gilgit-Baltistan and Chitral. The event was attended by youth from all regions without any sectarian or lingual bias and equally participated in the celebrations with great zeal.

The event included for the very first time a live theater performance, something this is not quite common among the mountain communities. The Shina-Urdu humorous live theater revolved around the lives of young students who come to cities for their education. It was led and directed by Muhammad Khawar from Gilgit who graduated from Bahria University, Islamabad.

The queue sheet was well organized and information sessions were presented from time to time. Various artists from Gilgit-Baltistan performed at the event including Salman Paras, Azeem Hunzai and Iqbal Hussain.

The final of GBCL will be played at Jinnah Sports Complex, Islamabad.