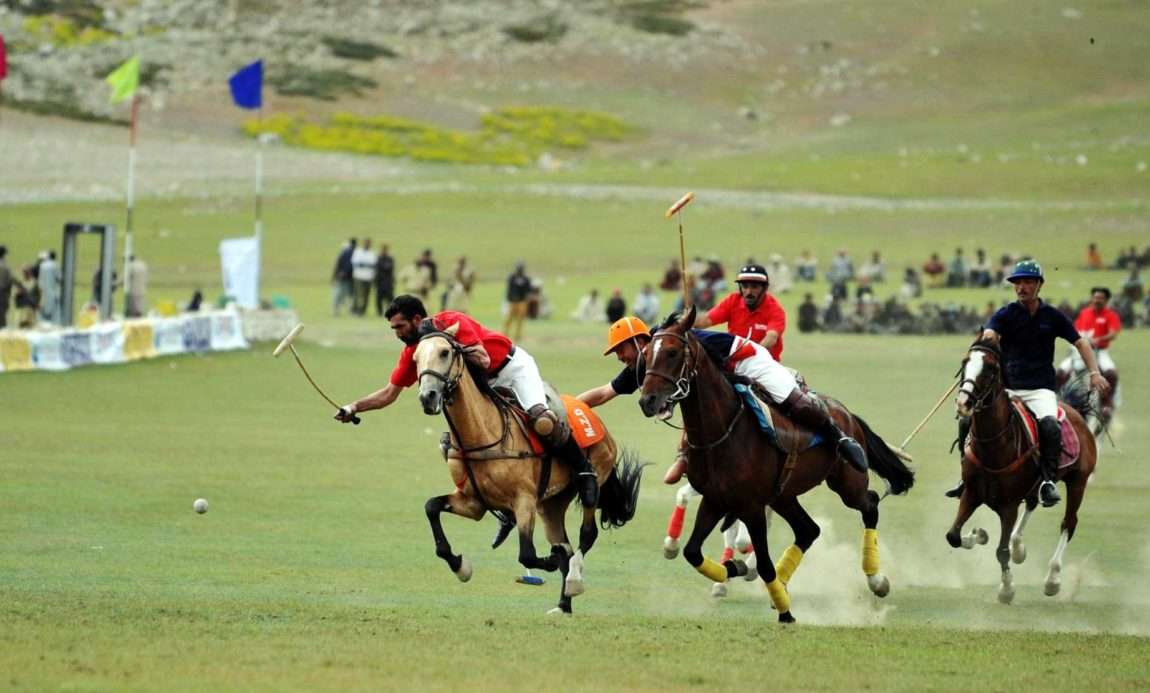 The annual rivalry between the polo teams of Gilgit and Chitral is back at the 3,734 meters altitude polo ground of Shandur. Pakistan Army, police, Federal Constabulary, Gilgit-Baltistan Scouts and other security agencies will help arrange the festival peacefully. Shandur Polo Festival 2018 will take place from 7th to 9th July at the Shandur Polo Ground located between the borders of Ghizer district of Gilgit-Baltistan and Chitral district of Khyber-Pakhtunkhwa.

Meanwhile, the government of Gilgit-Baltistan has also made preparations to facilitate the teams and a huge amount of expected spectators. A tent village has been set up in Shandur where basic lodging facilities will be available.

Fida Khan, Gilgit-Baltistan’s Minister for Tourism Sports and Culture, has said that the festival will help in the promotion of tourism in the region.

Total six teams will participate in the Shandurl Polo Festival 2018, 3 each from Chitral and Gilgit-Baltistan. The final match will be played between two best teams from either side. Historically, Chitral has remained dominant in the tournament.

Shandur can be accessed via Gilgit as well as Chitral. After the opening of Lowari Tunnel, the route from Peshawar to Chitral has exceptionally improved, however, the road is in a poor condition between Buni and Laspur.