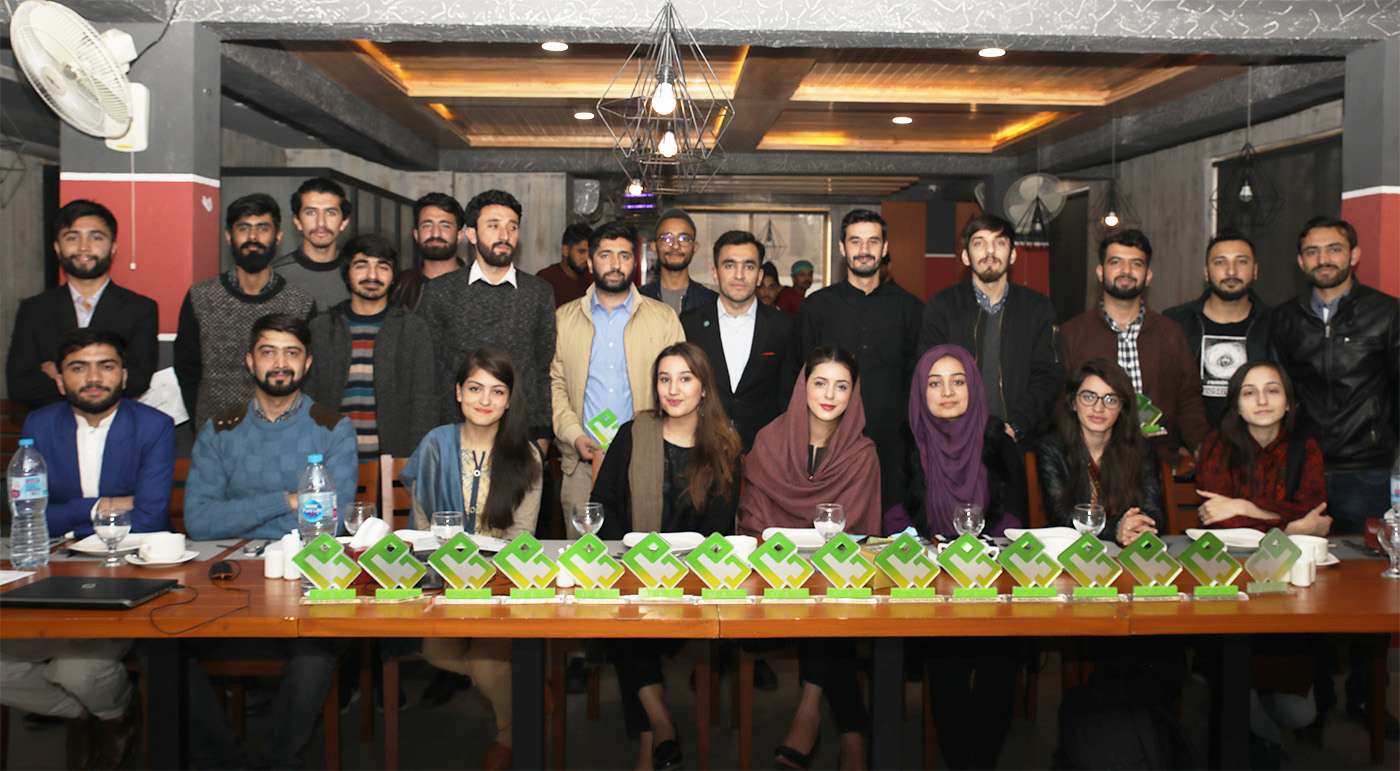 Gilgit-Baltistan and Chitral‘s largest youth-led non-profit initiative Organization for Educational Change (OEC) has elected new leadership for the year 2018-19 during the annual meeting. The new President, Vice President, and Executive Director sworn in at an event held in Islamabad. Imran Ahmed Hunzai, OEC’s co-founder and former Chairperson of Monitory & Advisory (M&A) Council, took the oath from new leadership of the organization.

A report and flashback of the activities carried out during the year 2017-18 was shown that included educational expos and other OEC events.

Mr. Imran Hunzai thanked the outgoing team for their dedication and selfless contributions made during the past tenure. He added that the M&A Council expects the new team to carry forward the flag to bring a change in the society through education.

Awards and certificates of appreciations were distributed among the out-going volunteers including the heads of various projects. After lunch, two youngsters and upcoming musicians from Gilgit-Baltistan performed instrumental music and entertained the audience.

The audience is being entertained with live Rabab music.

Organization for Educational Change (OEC) was founded in 2010 by former students of Aga Khan Higher Secondary School (AKHSS), Gilgit. OEC is currently the largest youth-led organization in the region of Gilgit-Baltistan and Chitral working on six projects including Educure, the only bi-lingual educational magazine in Gilgit-Baltistan & Chitral. The organization has members from almost all districts of GB&C without any discrimination. Volunteers are inducted every year based on their willingness to give time for various OEC projects.

OEC is also providing financial assistance to over 40 primary-level students through its initiative called Investing in Future Leaders (IFL).