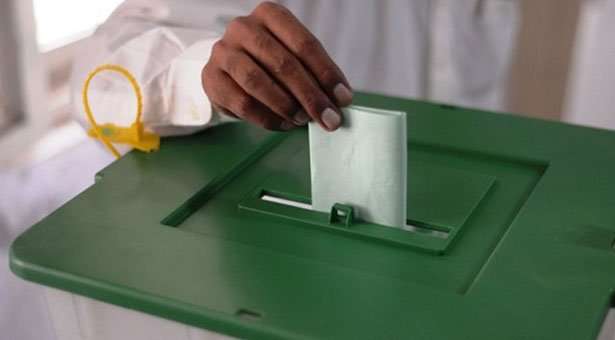 Here are 5 reasons why you should cast your vote, whoever your choice is.

Yes, that’s right. You can’t vote if you are not at least 18 years of age at the time of voter’s entry and bearing a valid Computerised National Identity Card (CNIC) or a Smart NIC. You can chant slogans and participate in rallies though.

2. You Get to Vote Once in Half a Decade

Just like in Pakistan, Gilgit-Baltistan Elections are held once every 5 years. This means you will get the chance to vote once in half a decade. If you don’t vote right now, the next time you would get this privilege would be in 2020! That a longer wait than the World Cups and Olympics!

3. Leaders Don’t Elect Themselves, Voters Do

Though a leader might decide to contest the elections he/she does not have the power to elect himself/herself. It’s the ultimate power of your vote that brings forward the right people to represent you in the assembly.

4. Vote is Your Right

According to the Universal Declaration of Human Rights adopted unanimously by the United Nations General Assembly in 1948, every citizen of a recognized country has the right to use their vote to elect their representatives. Unfortunate enough for Gilgit-Baltistan, your vote can’t elect the Prime Minister or send your representative to the National Assembly, but you can still use the power of the vote to send a representative of your constituency to the Gilgit-Baltistan Legislative Assembly (GBLA), a house with the powers to make decisions of you.

5. Voting for the Right Person Eliminates the Wrong One!

One of the best reasons why you should vote is to eliminate incompetent politicians from representing you. You might not be able to stop someone from contesting the elections, but you sure can eliminate the wrong numbers but vote for the right candidate or at least a better candidate for that matter.