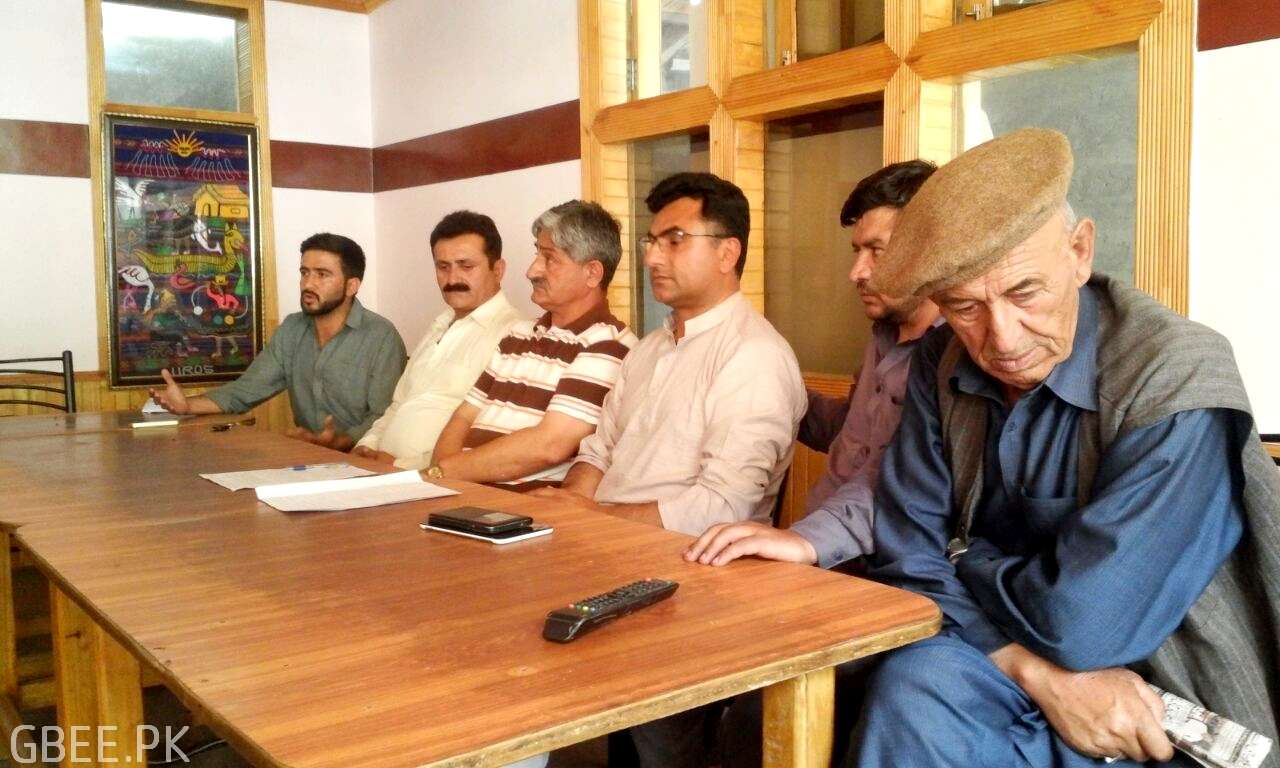 (Aliabad, Hunza) All parties in Hunza held a press conference at a local hotel to raise voice against various appointments on municipal positions of grade-16 and above. Numerous appointments have been made in recent months that according to the by-election contestants of GBLA-6 are not only against the merit but also illegal.

Obaid Ullah Baig, who is independently contesting the by-elections, demanded for fair and merit based appointments on all municipality related vacancies across the district. He also added that since the elections are yet to be held in the region, the government has taken the indecent step by announcing and then filling these positions.

Awami Workers Party (AWP) representative Syed Tajik emphasized that Hunza is one of the most literate regions in Pakistan but unfortunately government continues to suppress the well-educated people of Hunza with their non-merit based appointments. He said their party will raise voice at all forums alongside all parties who share the same vision of merit based procurement.

Earlier, Naiknam Karim, the independent candidate for GBLA-6 seat, presented a 6-point demand sheet. He said that despite the reason that both the Governor of Gilgit-Baltistan and technocrat member of GBLA on women’s seat are from Hunza, they have been unable to carry out merit based appointments.