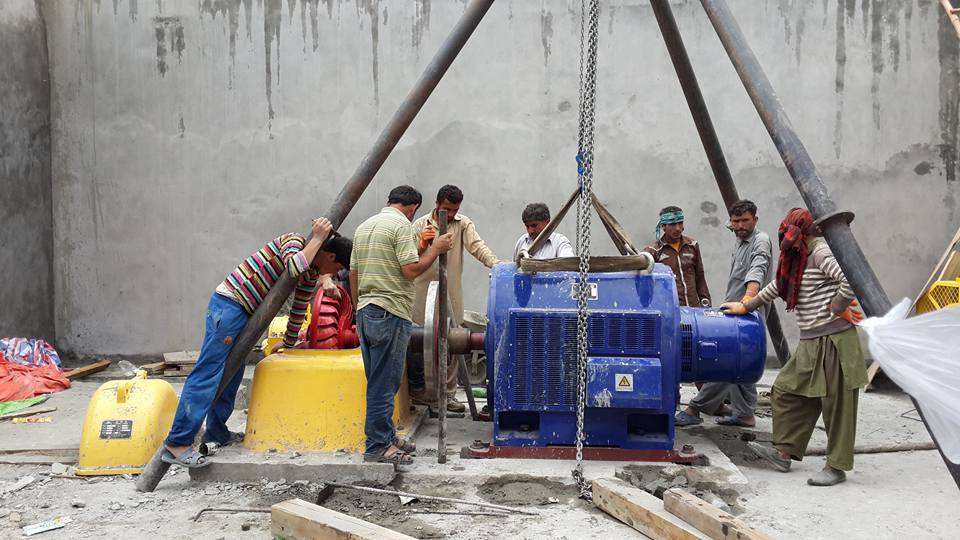 Electricity shortage issue is at large in the entire Hunza district. The government has clearly failed to come up with solutions to tackle the ever growing need of electricity in a region where fossil fuel consumption is a major environmental threat. The land of Gilgit-Baltistan is gifted with numerous resource that can potentially generate enough electricity for its own use and even export the supplement to the neighboring regions. Unfortunately, the power issue has been subject to political agenda for decades.

In such situations, some communities are showing great signs of progress without any help from the government. One such example is Ahmedabad in the Hunza valley where community has been generating its own electricity through a small hydro power station for over a decade. According to latest details, a new 500KV hydro power generator has been installed that would be operational by the mid August.

The new generator will replace the existing 120KV generator and enable the community to provide electricity to other surrounding villages. In the past, Ahmedabad community has been providing electricity to over a hundred households in Altit village.

The disaster struck Attabad village has also lost their hopes from government and started their own small hydro electric power station. It generates enough electricity to cater the needs to just under a hundred households.