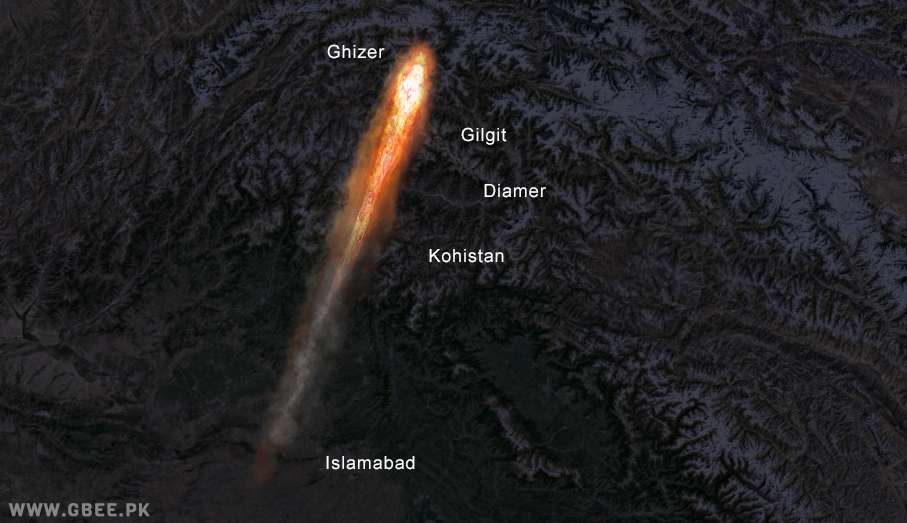 A video footage of a perishing meteor was captured on a CCTV camera at an armed forces mess in Gilgit-Baltistan. The meteor sighting was reported at around 9:00 PM (PST) from Islamabad, Kohistan, Diamer, Gilgit and Ghizer districts.

“I saw it for about 3 seconds and it disappeared in the mountains of Margalla” says Sitara, a resident of Islamabad.

“It was the biggest and brightest that I have seen in my life”.

Misbah Abbas, a university student from Hunza at GIKI also reported a sighting.

Zeeshan, another eyewitness, was in Gilgit who spotted the shooting star. He says it happened so fast he could not even take a picture.

Sightings were also reported from Kohistan, Diamer and Ghizer districts. The meteor disintegrated before falling.

This image was taken in Gilgit before the meteor disintegrated.