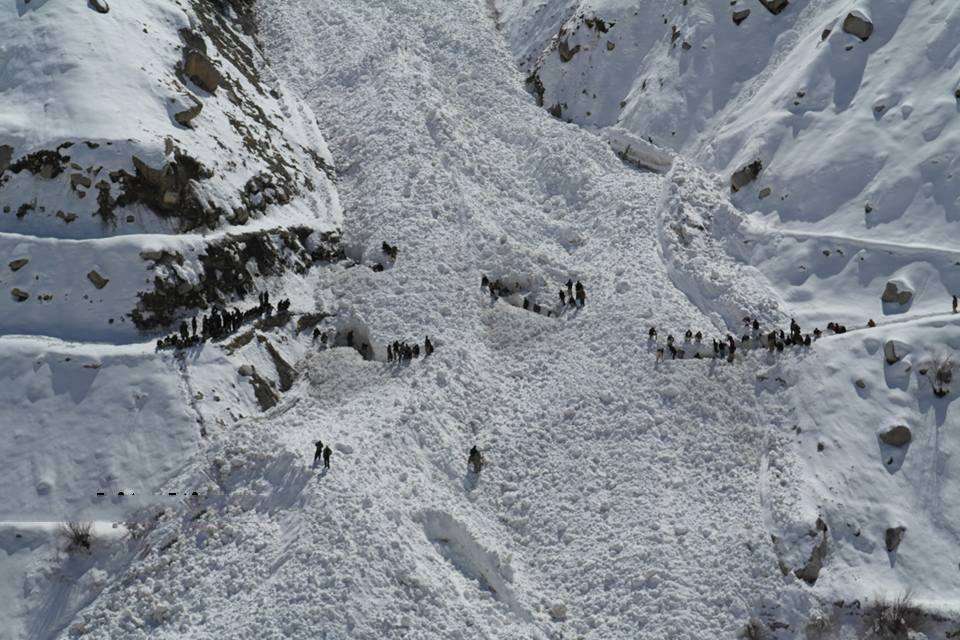 At least four people have been killed in an avalanche in Khyber Pakhtunkhwa’s largest district of Chitral.  According to Khursheed Alam, the Deputy Commissioner Chitral, four dead bodies have been recovered. The avalanche occurred at around 3:00 AM on Sunday in Gorin Gol, an area in Shishikoh union council of Drosh, Chitral.

Abdul Wali Khan, the Assistant Commissioner Drosh, personally participated in the efforts for recoveries of bodies. Chitral Levies, local police, 1122 personnel, and community volunteers were engaged to recover the dead bodies. The rescue officials faced difficulties in transporting the injured to nearby hospitals due to blockage of roads. Pakistan Army had provided a helicopter for the rescue of the injured.

Earlier, Rescue 1122 personnel and volunteers rushed to the Shishikoh after over a dozen people went missing following a snow avalanche. Drosh region of Chitral received heavy snowfall since last Tuesday.

DC Chitral said in a press release that people were trapped beneath a thick mass of snow after the avalanche hit a village in Shishikoh’s Gorin Gol area.

The avalanche hit eight homes at around 3:00 AM said Sheema Ayub Khan, a spokesperson for the Khyber Pakhtunkhwa Disaster Management Authority (KPDMA).

She added that three people have been rescued from the snow while at least three more were still trapped.

At least 10 people have been safely evacuated who were trapped under the avalanche.

Activists speak against Online Classes and Internet Issue in Gilgit-Baltistan