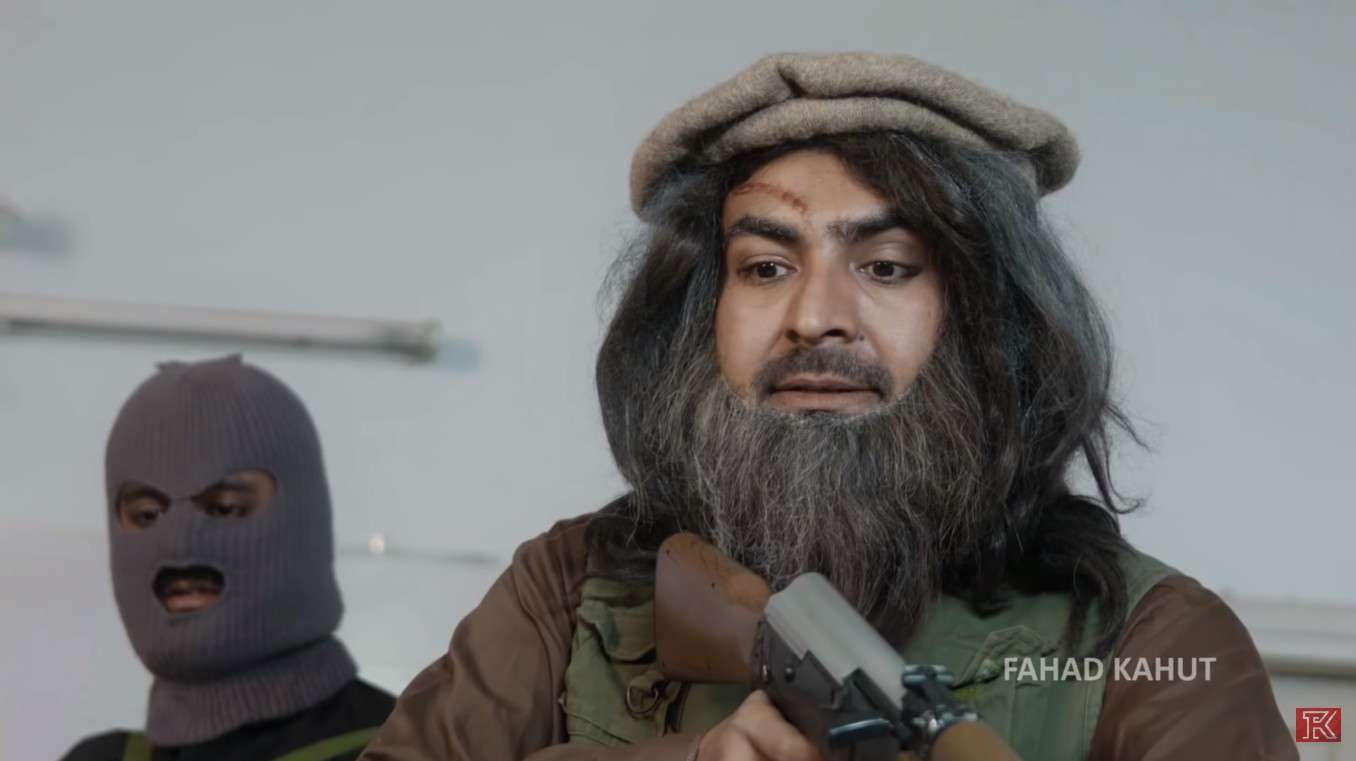 There has been a backlash on social media by activists from Gilgit-Baltistan against the filmmaker for using the Gilgit traditional cap to depict the terrorists involved in the 2014 Peshawar school massacre.

The director, producer and writer, who describes himself to be “focused on creating narrative films ” has primarily worked on Kashmir issue and published various pro-army publications including an article titled “General Raheel Sharif – A Man living up to the vision of Allama Iqbal”.

“I was also surprised to see this cap. One must take into consideration while using a cultural symbol of any people. The filmmakers have no right to use our caps as something a symbol of terrorism. Shame” said a Twitter user Noor Akbar.

“What is your motive behind showing this cultural cap as a symbol of terror – there can be lot of other ways to depict a terrorist why you choose this cap which can not be easily found in any market in down countries except in Gilgit?Shame on everyone who contributed in this video and those who did not censor it. People like you are born to divide the country by showing intolerance and disrespect towards other cultures. Shame on you for using the cultural cap of Gilgit-Baltistan!” adds a Youtube user while commenting under the short film.

However, there are some who think this could have been a mistake.

Facebook user Shahid Khan comments that maybe the filmmaker wanted to use the famous Pakol or Peshawari hat which has been associated with the Taliban for so many decades.

At the same time, as correctly pointed out by a Youtube user, the Gilgiti Cap, specifically the Chilasi (Diamer) version is very hard to find in the market.

Only the people behind the short film can tell what exactly went behind using the specific cap to depict the terrorists.

Kahut’s short-film Faryad had won IndieFEST Film Awards for a short movie on Kashmir in 2016.

Fahad Kahut has spoken and says it was “merely out of sheer ignorance”.

“have apologized in past and I apologize again, this was merely out sheer ignorance and my lack of understanding of cultural norms back then. I am a huge admirer of GB people and can never imagine to disrespect them. I hope my apologies are accepted.” he commented on Twitter.

“have apologized in past and I apologize again, this was merely out sheer ignorance and my lack of understanding of cultural norms back then. I am a huge admirer of GB people and can never imagine to disrespect them. I hope my apologies are accepted.”

Note: The wood color Gilgit cap is not only used in Diamer but also in the districts of Astore, Gilgit, Ghizer and even Kohistan. A black color version of the traditional cap is widely used in Diamer.