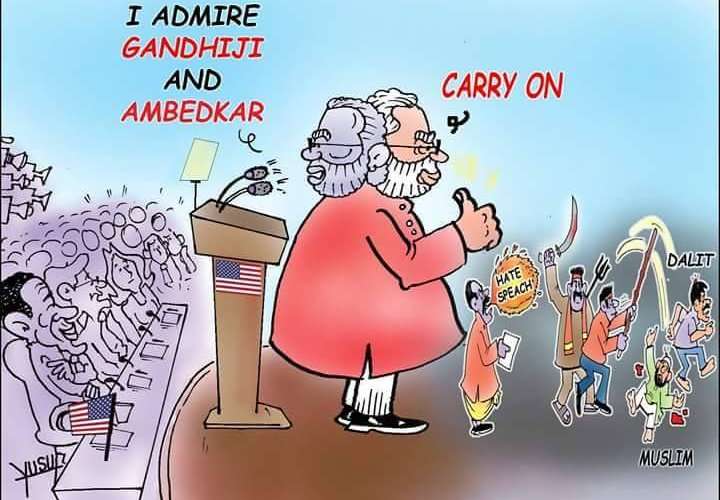 India, a regional power with a population of 1.3 billion, has always been an ambitious colossal poverty-stricken territory trying to dominate over smaller sovereign countries that share a boundary with the country. It has always wanted to be the godfather of the region and even violated settled formula agreed upon for partition of the subcontinent and occupied Jammu and Kashmir, against the will of majority Muslim population.

Muslims in the Indian Occupied Kashmir launched a Jihad since the day one of Indian aggression. Jawaharlal Nehru turned the early failures on India in Kashmir into a diplomatic play card and invoked UN interference with the following policy statement before the UN Security Council on 15 January 1948.

“Only to see peace restored in Kashmir and to ensure that the people of Kashmir are left free to decide in an orderly and peaceful manner the future of their State. We have no further interest, and we have agreed that a plebiscite in Kashmir might take place under international auspices after peace and order have been established.”

India, in fact, played a dirty trick even before UNO just to ease jihad in Kashmir and to gain time to strengthen her occupation over Kashmir and succeeded, because of the dubious character of permanent members of security council despite, India slapped them by denial of resolutions passed by the UN Security Council. The resolutions are consigned to rubbish heap in UNO.

India deceived UNO but failed to remove zeal of till today to liberate their motherland. Kashmiris turned their struggle into to jolt international conscience, at least to play their role to force India to act upon UN resolutions.

Unfortunately, India facing no such force from world, as such
strengthening her forces in Kashmir, extending black laws. Indian army has been given free hand to curb peaceful protest of people. Atrocities of the Indian army are the order of the day in Kashmir instead of complying her pledge of the Kashmir plebiscite.

Pulwama: an unfortunate suicidal attack on Indian army happened in month. One local desperate young man, who was subjugated to torture by Indian army in past, detonated himself to army vehicles, casualties. Modi did not waste even a moment to gather proofs but intoxicatingly blamed Pakistan and warned dire consequences, gave free hand to his army to retaliate.

In response, Imran Khan, the Prime Minister of Pakistan, showed a statesman spirit, offered India peace to prevail and asked to provide proofs of Modi’s blame to take action against any terrorist conspired by any nonstate actor in Pakistan. Khan cleared his policy against terrorism but at the same time, he voiced loudly to retaliate any armed adventure against Pakistan. On the next day, DG ISPR made a press conference.

He also reacted but in a sober manner as a supporter of peace, rebutted any involvement of Pakistan. Categorically, offered dialogue with India and also warned a surprising response if India launched any sort of military attack across.

Modi listened, peace offer and also any armed adventure from Pakistan side, with half an ear. Missed a chance of complete peace as he went into a frenzy of rage. He, in fact, wanted to turn the situation in his favor for coming elections by creating a situation with Pakistan. Indian army was also eager to show its unchallengeable force, therefore, army also chose war instead of peace and army dashed an air attack crossing the international border.

Their aircrafts dropped payloads in a thick forest and ran in of night. The response by Pakistan was a nightmare for India. The brave air force of Pakistan not only achieved their targets inside India but also, bombed down two Indian ; one in Pakistan side and another in side.

Arrested Indian pilot ejected from crashing aircraft after saving his life from mob of civilian gathered on the spot. The retaliation from Pakistan was a surprise for Modi and army. They are still taken aback and have failed to come out of aftershock of the attack yet. Modi’s
fool’s paradise turned into doom his future.

Indian army also could not digest the adverse effects sustained in front of the world at large. World opinion turned against Modi’s policy of bringing the region and the world endanger of atomic war. While Mr. Khan appeared in the canvas of as statesman, particularly, his act of releasing Indian arrested pilot without terms and conditions, proved him a sober statesman and friend of humanity.

Pakistan army also proved to be a professional army in the true sense as even being a fully capable army to response Indian threads, it, again and again, offered India to prevail peace in the region. Modi’s warmongering attitude again made Kashmir issue flashpoint before the international community, which has been forgotten by superpowers.