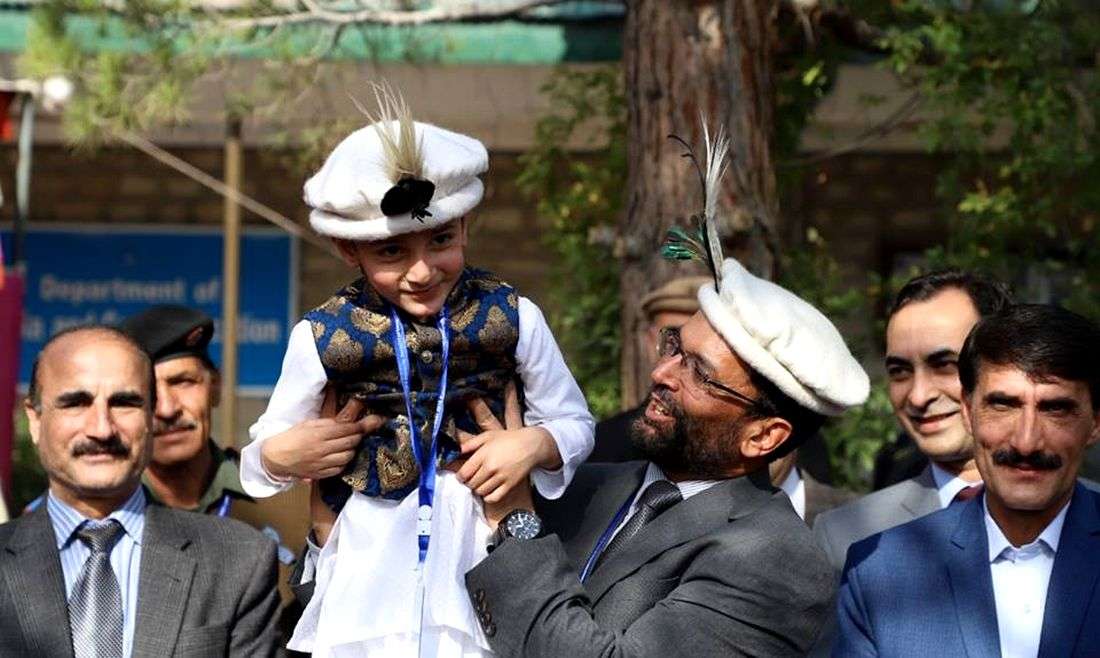 Recently, Force Commander FCNA Major General Ehsan Mehmood addressed a public gathering in Skardu on the eve of solidarity with people of Occupied Kashmir, illustrated Gilgit-Baltistan as “Head of Pakistan”, and hailed the people living therein with the title “Crown on the Head” of Pakistan.

Indeed, the golden words vocalized from the mouth of the Force Commander Federal Constabulary Northern Areas are recognition and admiration of the people of Gilgit-Baltistan by Pakistan Army, of their allegiance to Pakistan. The able military general, from the day first of his
posting, has shown his love and affection to the people of Gilgit-Baltistan.

He is known to be in reach, to help and to meet grievances of needy people, when, and where his help is requested. The instant example I read in social media and in newspapers, seems great to help a convicted person Baba Jan who is suffering from heart disease in jail. The person was met and shifted CMH Gilgit for his treatment properly on the orders of the Force Commander FCNA himself.

The commander hugs underprivileged and poor in the streets and gives them a sense of protection. The general, in fact, act on the principle that, no army, how much strong it may be, cannot defeat the enemy unless the civil population joins in hand with the army. The positive attitude extended by the force commander is exemplary to other high ups serving in Gilgit-Baltistan. They should also behave alike and avoid a colonial mentality.

Irrebuttable, the other aspect of positive behavior of this man shines and transpires his clear concept of understanding the geopolitical importance of the region. Geopolitical location of the region makes it a gateway to the regional powers, having approaches with each other.

Gilgit-Baltistan is bounded with China, Occupied Kashmir and Afghanistan. A little strip of Pamir prevents to bound this region to south Asian states. Geopolitical importance of the region remains as important today as it was important for the British Government in India because of USSR. The Russian government might penetrate into British India through this region with the intention to spread communist ideology at that time.

Today the superpowers like the USA are worried about China Pakistan Economic Corridor (CPEC) between China and Pakistan. The burning of the Indian government and her cries are witnessed from media.

Besides all the above geopolitical importance, if the only issue of water shortage is discussed then too this region having not any less importance for Pakistan. The experts have given their opinion on the subjects that; Pakistan fastly travels towards dryness in the country. Prime minister of
Pakistan also has warned the nation in this regard. Pakistan has the only region, to which nature has bestowed with abundant water reservoirs. Lofty snow clad mountains and huge range glaciers therein are the only hope for Pakistan to meet the severe situation of a of water in .

This region is called Gilgit-Baltistan which has been kept disputed by relating the same to Kashmir issue. The present status of GB needs to be reconsidered by the responsible quarters and think tanks in Pakistan, even if, they could not traverse from their previous stance, then; they should realize the ambition of people of Gilgit Baltistan as their fed up to the teeth with the present colonial setup. people of Gilgit-Baltistan want a constitutional status in Pakistan. At least, add power to the status
to occupied Kashmir by enemy country India or the status given to Azad Jammu and Kashmir by Pakistan.

The recent verdict given by the Supreme Court of Pakistan can be cited in this regard wherein a safe way out has been directed to follow the recommendations given by the Sartaj Aziz Committee. The federation can
make a provisional province of Gilgit-Baltistan pending disposal of Kashmir issue by amending the constitution as the Supreme Court has categorically held in his verdict that, a provisional province pending disposal of the Kashmir issue is not fatal to the Kashmir issue.

Before departing, I invite the attention of the commander FCNA and 10 core commander to use their good offices to convince federation of Pakistan and the opposition to solve this problem of Gilgit-Baltistan which is in fact the Pakistan’s own problem if deeply understood the issue, keeping in view the importance of the region in scenario stated above.