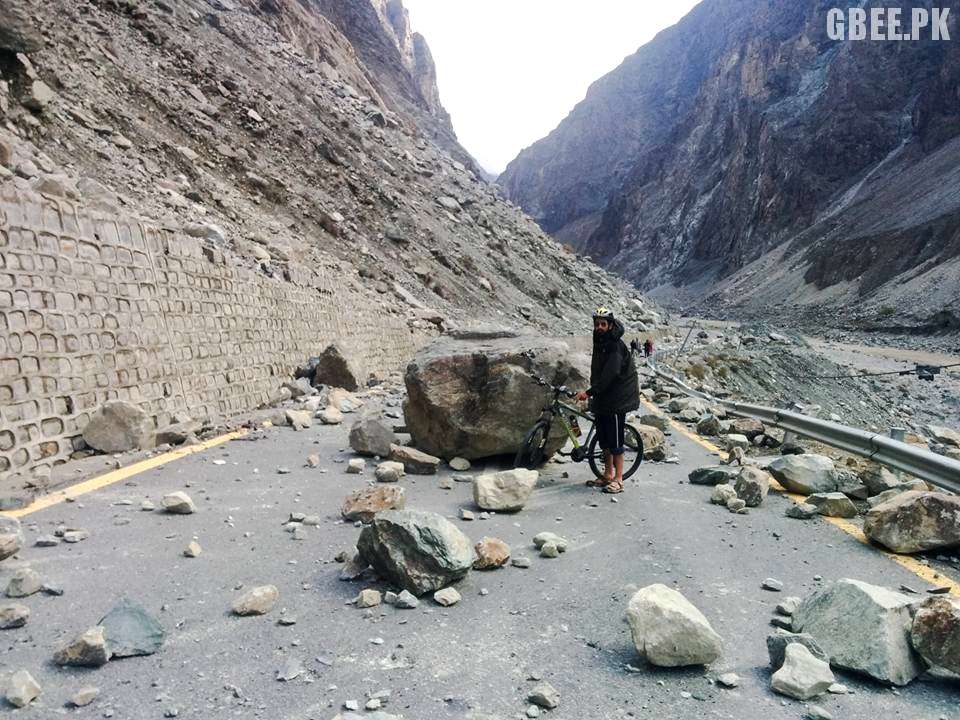 After the devastating rainfall, Karakoram Highway (KKH) remains blocked at multiple locations. The blockade is spread across so many location from Khunjerab border to Chilas that the highway authorities have still not been able to open the roads for traffic. Road between Skardu and Gilgit, which is already in its worst condition, is also blocked at more than 3 dozen locations due to landsliding.

Here are some photos shared by Facebook user Waheed Anwar that he took during his cycle tour on KKH.