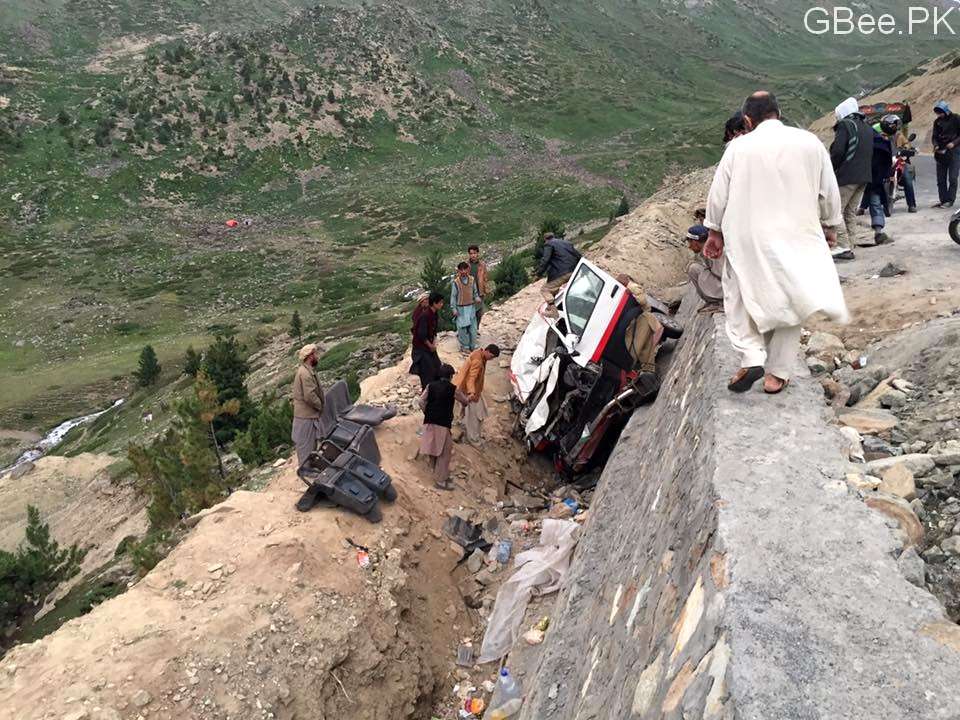 A family van has faced a fatal accident as a result of brake failure at Babusar top taking lives of 4 people from the same family. The deceased included two young girls, the driver and another person. 13 others have been injured, 3 of whom are in serious condition. There were 21 tourists on-board who were visiting Gilgit-Baltistan from Lahore via Naran-Kaghan which leads to Babusar pass.

Soon after the accident, locals and police helped transfer the injured to district headquarter hospital (DHQ) in Chilas. According to a media representative of Diamer police, 4 people were confirmed dead. The deceased have been recognized as:

According to an eye-witness, the van had overtaken their vehicle just 20 minutes before the accident happened. He pointed that many drivers who don’t have experience on this road make use of brake a lot causing brakes failure.

It must be noted that Babusar Pass or Babusar Top in located at an elevation of about 4,200 meters where divers have to take special considerations like using low gears instead of brakes. In the past, ignoring these tactics have caused several accidents.

Although the road from Babusar top to Chilas is well metaled but there are no signboards and roadside guardrails to help prevent such accidents. Both Gilgit-Baltistan government and Federal Works Organization (FWO) need to take notice of such accidents and come up with precautionary measures.

This is the second deadly accident in recent months. Another accident at Babusar Pass in June this year had taken lives of 6 people from the same family belonging to Sikandarabad, Nagar.