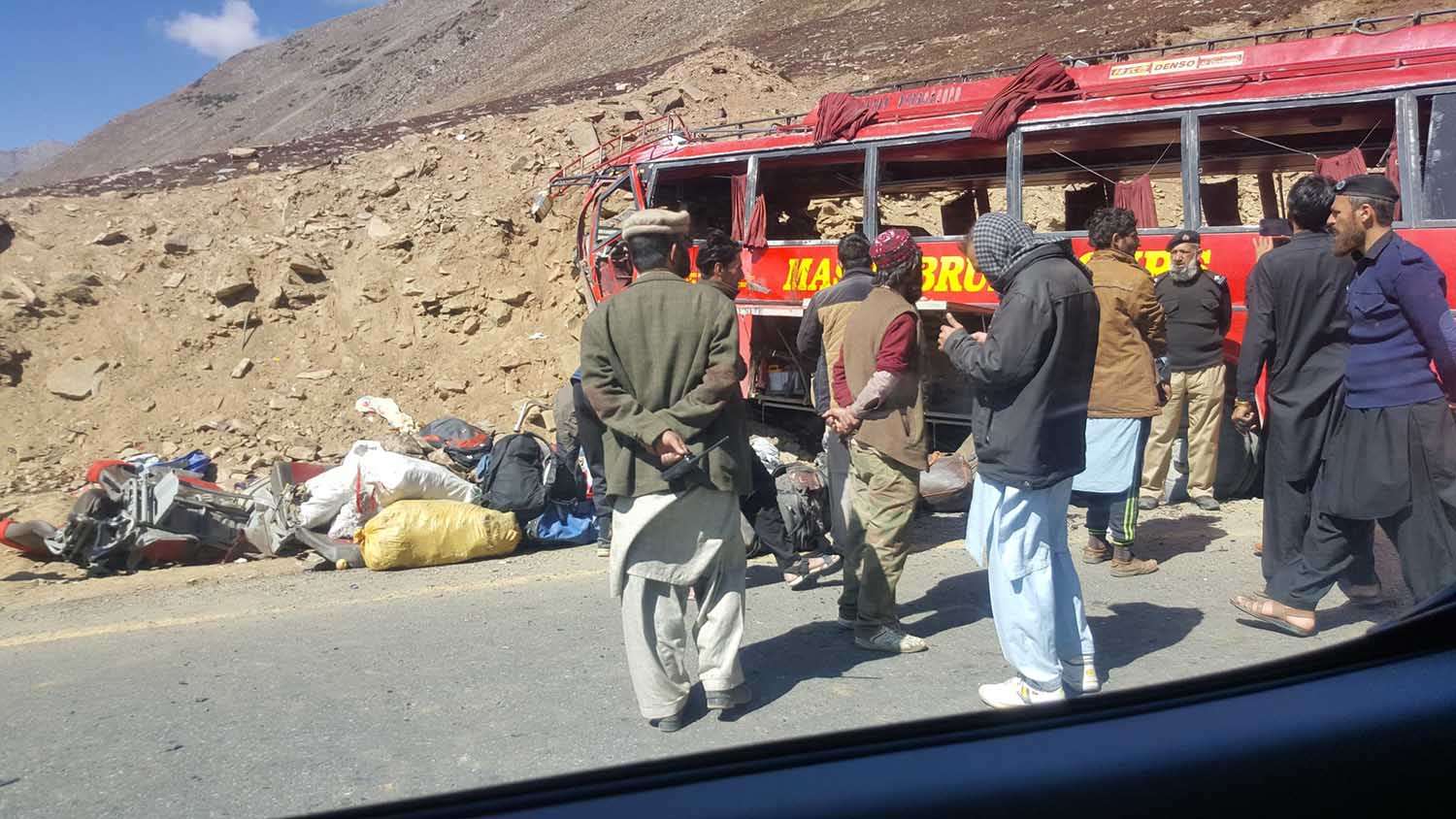 A Mashabrum bus carrying around 40 passengers has met a tragic accident at around 7:30 AM early Sunday in Gittidas near Babusar Pass in the Diamer district of Gilgit-Baltistan. The bus was traveling from Skardu to Rawalpindi.

According to Faizullah Faraq, the spokesperson for the Government of Gilgit-Baltistan, 26 passengers were confirmed dead while 15 injured passengers have been transferred to District Headquarter Hospital in Chilas.

Passengers of a private coaster traveling from Rawalpindi to Gilgit were the first to reach the location followed by police and paramedics.

According to an initial report sent to the media by Diamer police spokesperson Mohammad Wakeel, the driver lost control of the bus and rammed into a cliff while taking a turn. Over two dozen passengers were killed on the spot.