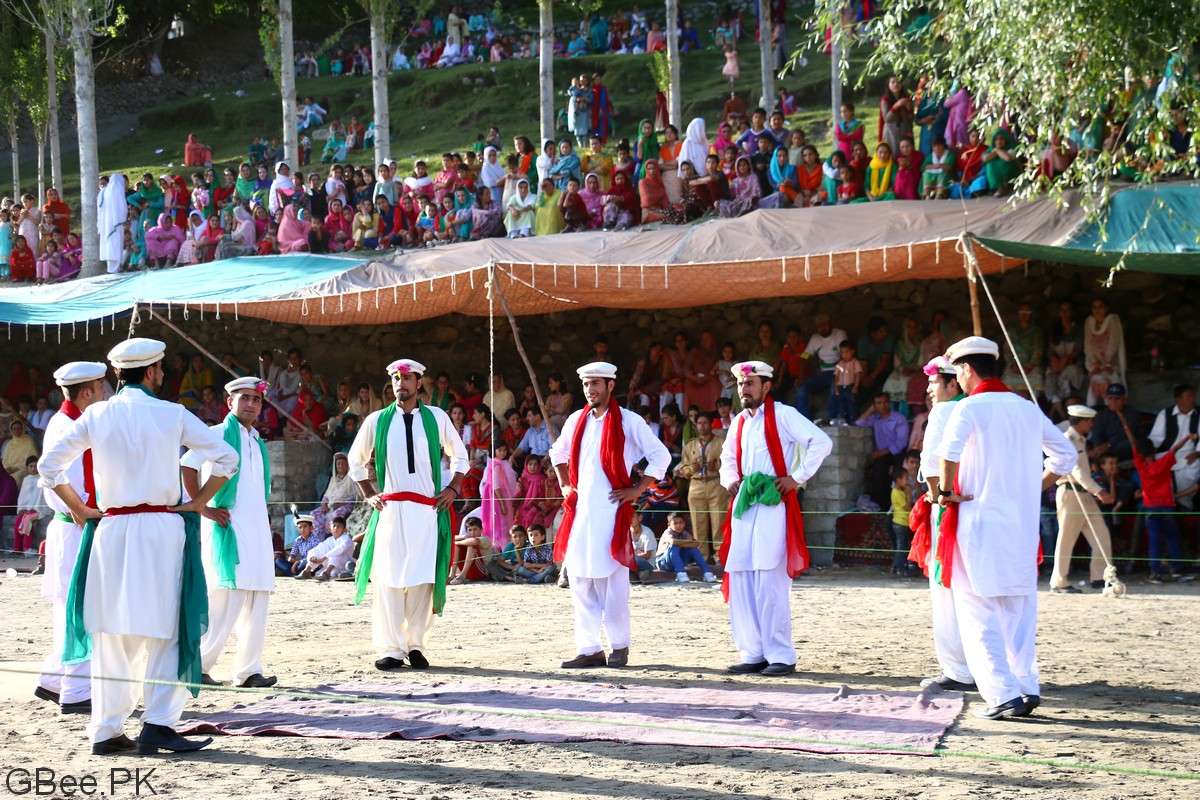 The regions of Gilgit-Baltistan and Chitral are home to over a million Ismaili Muslims – the followers of His Highness Aga Khan. Every year on 11th July, Ismailis celebrate the day as Salgirah to commemorate the day on which the current Aga Khan had succeeded Sultan Mohammad Shah Aga Khan III as the 49th imam of the community. Continuing the tradition of celebrations, Ismailis across Gilgit-Baltistan and Chitral celebrate the Imamat day with colorful events.

In Hunza, different villages held events that were attended by both Ismailis and non-Ismailis. Tourists from Pakistan and other countries were not restricted from joining the celebrations and even giving them a chance to perform dances.

On 11th July morning, recitation of Holy Quran was held at different Jamatkhanas. During the daytime, the famous traditional dish of Harisa was prepared which was later distributed to homes. Young men participated in the preparation of the dish along with elders. In the evening, fireworks lit the whole valleys. On the next day, a cultural event was organized that featured traditional music, dances and food.

Gates with lighting were installed in a number of mohallahs.

Harisa is one of the traditional Hunza food items that is prepared on events like Imamat day. Young boys in Hunza preparing Harisa.

The Hunza valley was lit with fireworks on 11th July evening.

Young boys participate in tug of war. Tug of war is a traditional Hunza game that has been a main feature of major events and celebrations across Hunza.