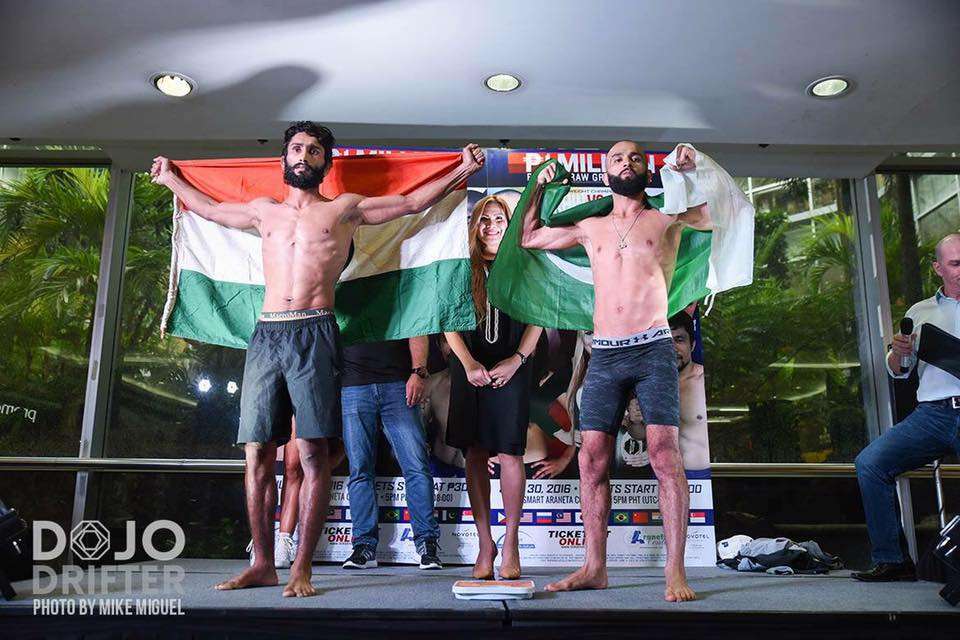 It has bee a great day for Mixed Martial Arts (MMA) scene in Pakistan as two of their players grabbed titles at the World Series of Fighting Global Championship (WSOFGC) held in Manila, Philippines. Uloomi Kareem Shaheen and Ahmed Mujtaba completed dominated in their respective categories and brought back home glory and medals.

Uloomi Karim, who plays for Team Fight Fortress, dominated the bout from start to finish. He earned a unanimous 30-27, 30-27, 29-28 win. After this successful bout, Uloomi has now a career record of 6-3.

Talking to Express Tribune he said:

“I dedicate this win to the people of Kashmir,” Karim told The Express Tribune, although he was careful not to give his triumph a political angle.”

While commenting on his opponent, Uloomi added:

“I have nothing but respect for Yadwinder, and as both our camps agreed, sports and politics don’t match. Any tension there is between our countries should stay at the border and not be extended to regular folks’ lives.”

Uloomi Karim dedicated his victory to the people of Kashmir.