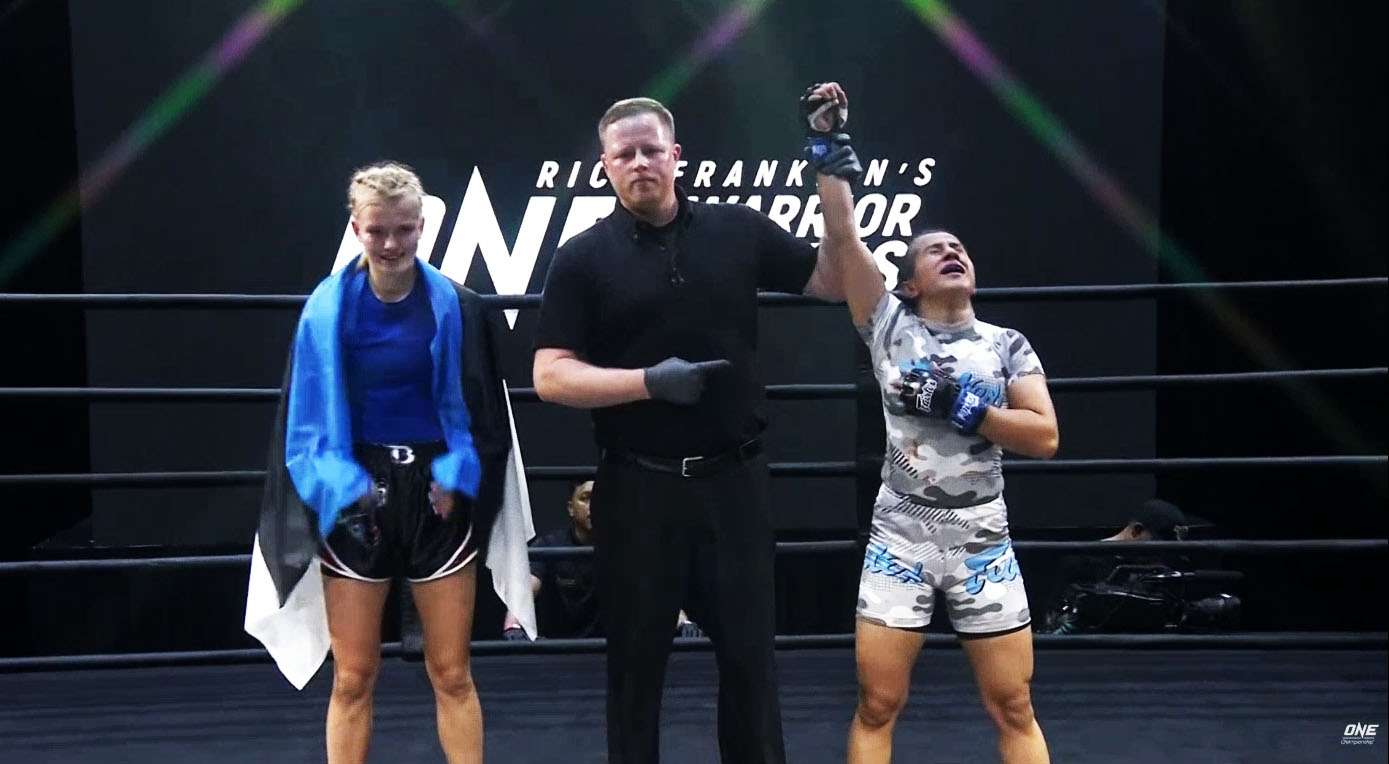 Pakistan’s first female MMA fighter Anita Karim was unanimously victorious against Estonia’s Marie Ruumet in ONE Warrior Series 10. One Warrior Series 10 was played on February 19 as part of the ONE Championship 2020 in Singapore.

Anita Karim, famously known as Anita “The Arm Collector” Karim, was competing in women’s atomweight category. She was representing Team Fight Fortress (TFF) as well as the Fairtex Gym. She was being coached by Uloomi Karim Shaheen, who himself is an MMA fighter.

Anita Karim started her career from the platform of The Fight Fortress Islamabad which was founded by MMA coaches from Gilgit-Baltistan.

She is one of the three Mixed Martia Arts fighters from Pakistan to compete in ONE Championship’s ONE Warrior Series 10.

The OWS 10 card will feature 15 match-ups as athletes from five continents aim to make a big impression and earn a contract to compete on the main ONE Championship roster.

There will be 13 competitors who will make their OWS debuts in Singapore, but the bill also features a host of familiar faces who will try to build on their previous success and make the leap to the global stage.

The lineup for ONE Warrior Series 10

Two other Pakistani MMA fighters played their matches as part of the ONE Warrior Series 10. Irfan “The Gorilla” Ahmad won his mixed martial arts match against Peter Danesoe in the strawweight category. Irfan Ahmad was representing Team Shaheen

Shahzaib Rindh, who was participating in his first professional international match was defeated by Ukraine’s Sasha Moisa.

The 21-year-old Shahzaib is a student of Balochistan University of Information Technology, Engineering and Management Sciences (BUITEMS). Pakistani MMA fighter Ahmed “The Wolverine” Mujtaba also studied from the same varsity.

Here are complete results of ONE Warrior Series 10