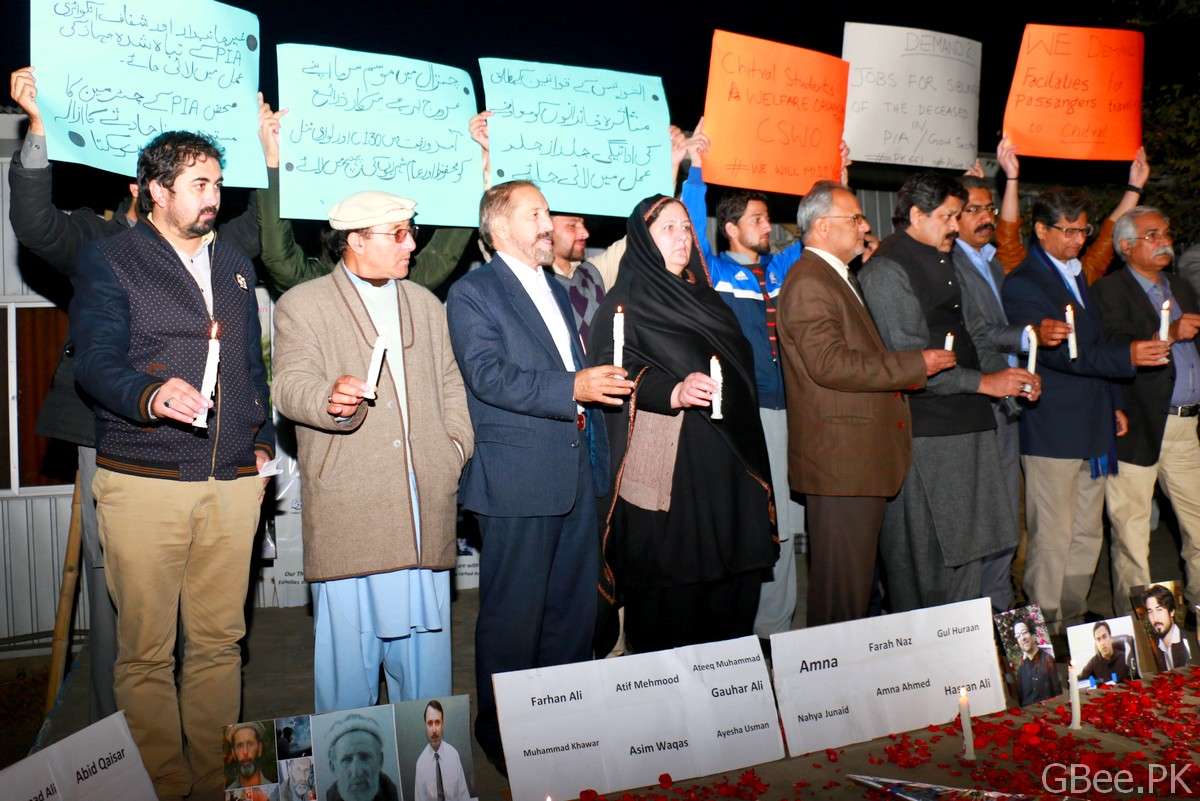 Members of civil society of Chitral along with a number of other concerned people gathered outside Islamabad Press Club for a candlelight vigil in solidarity with the affectees of PK-661. Earlier last week, a PIA ATR flight PK-661 crashed near Havelian with 47 people on board. Among the passengers, 20 were from Chitral including 6 from the same family. So far, only four bodies have been identified. Due to the fleet of ATR aircraft being grounded by PIA, the family and relatives of the departed are facing great difficulty in transferring the bodies to Chitral.

A young student is burning a candle outside Islamabad Press Club where a number of members from civil society of Chitral gathered for a candlelight vigil.

The event was organized by members of civil society of Chitral along with Chitral Students Welfare Organization residing in Rawalpindi and Islamabad. According to the activists, the agenda is to raise voice for speeding up the identification process of dead bodies and fair investigation of the incident. The other demand includes transferring bodies of deceased through a C-130. Family members of the deceased have already been brought from their remote hometowns in Chitral for DNA samples.

Family members of the deceased have already been brought from their remote hometowns in Chitral for DNA samples.

The attendees of candlelight vigil also emphasized that Lowari Tunnel must be opened for traffic so that passengers would not have to bear the extra difficulty that they face while crossing Lowari top. Currently, Lowari Top is covered with snow while the tunnel remains closed due to the on-going maintenance work. It is still unclear when PIA will start operating its flights.

Pictures of deceased passengers and crew were displayed at candlelight vigil in memory of crashed PK-661 flight.

Talking to GBee, Waqas Ali Muluk, who has lost his uncle in the incident said that they demand a free and fair investigation of the crash and that “Resignation of PIA Chairman is not enough”. he added.

“We demand job creation in PIA and other government organizations for the family members of deceased”.

Talking about the difficulties faced by passengers while crossing Lowari Pass, he said:

“Lowari tunnel should be opened for at least 3 days in a week for passengers going to Chitral”.