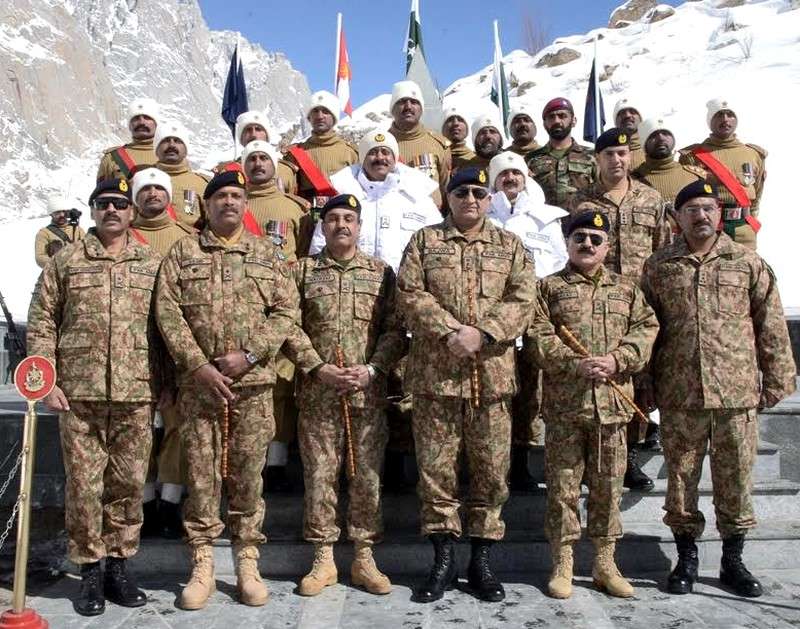 Chief of Army Staff General Qamar Javed Bajwa visited Siachen in Gilgit-Baltistan and laid a wreath at the Yadgar-e-Shuhada which has been built in the memory of the soldiers who lost their lives in the Gayari Sector Avalanche.

He said we owe our independence to sacrifices of our Shuhada. Nothing is nobler than laying one’s life in defence of the motherland.

While talking to troops at Goma and Gilgit, COAS said that we all are proud to be soldiers of Pakistan and defending it irrespective of terrain or weather difficulties. He said that despite facing internal security challenges, we are fully prepared for effective response to perpetual threat from the East.

Later, COAS interacted with notables of Gilgit-Baltistan. COAS assured them that Army is extending full support to all initiatives aimed at ensuring the rights of GB as part of the federation.