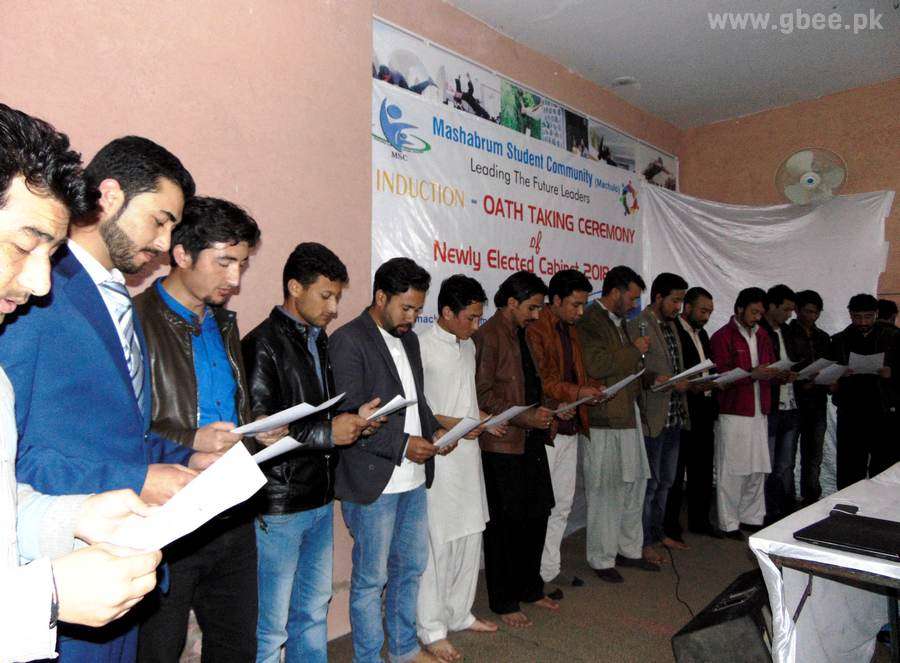 The leadership of Mashabrum Students Community (MSC) took an oath here on 24 February, in Islamabad. Mr. Abdul Hamid, the Chairman advisory council of the organization took oath from the new elected and selected 17 members of the Executive Branch. The Executive Branch consists of Executive Board and Cabinet which of them, the first one is elected while the latter one is selected as per the constitution of the organization.

Mashabrum Students Community is a student based nonprofit organization established by the students of Machulo village Baltistan. This organization aims to provide career counseling, enhancing leadership’s opportunities for the Mashabrum Tehsil students and youth as well as trending accelerating community services at a broad level within the students and communities.

The organization recently has organized 2nd series of its BSL- Baltistan Supper League 2018 where 20 teams from across Baltistan region participated in the cricket tournament held in Islamabad.

The organization is going to organize the Balti Musical Show in Islamabad after 21 March 2018.