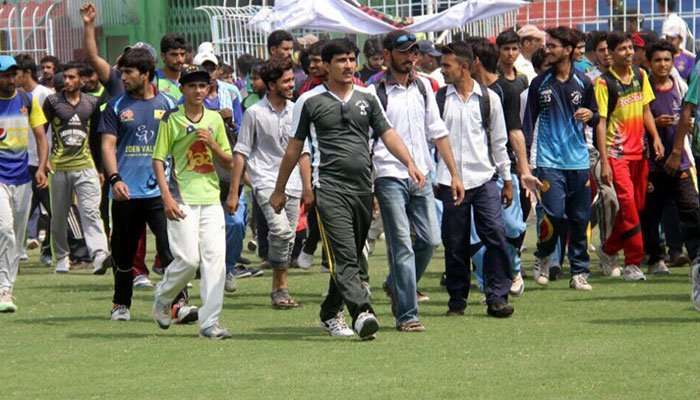 Lahore Qalandars, one of the biggest franchises in Pakistan Super League (PSL T20), might have been unlucky during the past season but it continues to invest in the young cricketing talent of the country. The franchise ower Fawad Naeem Rana has announced the third season of Players Development Program at an event held in Lahore on Saturday.

Rising Stars Players Development Program has been quite successful for Lahore Qalandars. Their most recent exploration has been Salman Irshad, a Kashmiri cricketer who was inducted through the Rising Stars trials held in Azad Jammu & Kashmir. Later, the 22-year old fast bowler was signed by Australian Cricket Club Hawksberry CC for a whole season.

Cricketing personalities like Shoaib Akhtar, Inzamam-ul-Haq and Aqib Javed alongside Lahore Qalandars owner Fawad Rana and CEO Atif Rana were also present at the announcement event. This would be the first time Rising Stars trials in Gilgit-Baltistan are held under the Players Development Program by Lahore Qalandars.

This program will provide a great opportunity for the players from Gilgit-Baltistan to get noticed by coaches and make their way into not only the domestic cricket scene in Pakistan but internationally as well.

Fawad Rana, Lahore Qalandars Owner, photographed at the Rising Stars event in Lahore. He has campaigned with a great zeal for the promotion of domestic cricket in Pakistan despite a terrible performance of his team in the three consecutive seasons of Pakistan Super League (PSL T20)

Gilgit-Baltistan has been neglected at all levels when it comes to sports and talent exploration. There is no franchise named after Gilgit-Baltistan in Pakistan Super League (PSL T20). At the same time, no player from this region has played for any of the five PSL franchises. This program will fill the missing gap and smoothen the way for potential cricketers from Gilgit-Baltistan to showcase their talent.

The Rising Star Players Development Program will be held in seven cities of Pakistan from 24th July till 14th August 2018.

The registration process has been kept quite simple. Interested talented applicants can register themselves through a number of ways including sending a message on WhatsApp, filling a form on the official Lahore Qalandars website or by downloading their app and providing basic information.

Rising Stars trials in Gilgit-Baltistan will be held at City Park Gilgit on 24th July 2018.