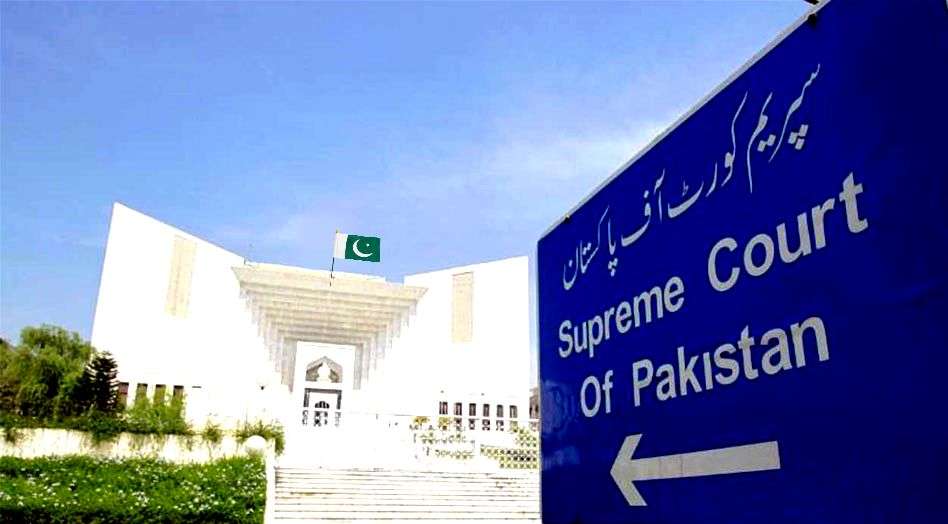 The people of Gilgit-Baltistan, since their independence, are ruled by the Federal Government either by imposing Frontier Crimes Regulation – FCR or through “administrative orders”. Persistent denial of granting fundamental rights and constitutional status to the people of Gilgit-Baltistan, in fact, tantamounts to denial of aspirations of people towards Pakistan. The prejudicial attitude of Federal governments compelled people to invoke the constitutional jurisdiction of Supreme Court as last resort to address their basic grievances.

Eventually, they knocked the doors of Supreme Court and the Supreme Court, for the first time, delivered a judgment in this regard in the year 1999. Whereby, the august Supreme Court recognized the fundamental rights of GB as citizens of Pakistan and directed the federation to initiate appropriate administrative/legislative measures, even federation was directed to make necessary constitutional enactments.

Eventually, they knocked the doors of Supreme Court and the Supreme Court, for the first time, delivered a judgment in this regard in the year 1999. Whereby, the august Supreme Court recognized the rights of GB as citizens of Pakistan and directed the federation to initiate appropriate administrative/legislative measures, even federation was directed to make necessary constitutional enactments.

The Federal Government ignored the above cited judgment and continued “administrative orders” time and again. This worse situation was enough to awake Gbians to protest against. People raised strong protest resultantly, Nawaz government constituted a facts finding committee headed by Mr. Sartaj Aziz, the former foreign minister, to submit its recommendations about constitutional status of GB. The recommendations were submitted to the government but all in vein. The government instead again framed an executive order called “The Government of Gilgit Baltistan Order 2018”. The people lodged a strong protest against but it was imposed anyway.

When Pakistan Tehreek-e-Insaaf established Federal Government after the General Elections of 2018, the hopes of the people of Gilgit Baltistan were extended with an express impression, to table the point of “provisional provincial status” before the cabinet meeting in pursuance of recommendations made by Sartaj Aziz Committee.

The point was tabled twice before the cabinet meeting but turned down. Khan’s cabinet apparently surrendered before an effective protest launched by the AJK leaders and to cover this U-turn, the government introduced a new “Executive Order”. The Supreme Court attached the new order with the instant judgment calling it as “Proposed Order”.

Read: Interview with Afzal Shigri – Why do the people of Gilgit-Baltistan oppose GB Order 2018?

The “Proposed Order” attached with the instant judgment seems far better than that of previous orders, for its salient features i.e. (a) its preamble speaks about intention of federal government to make GB a “provisional province” till pending disposal of Kashmir issue. (b) It admits the new “order” to be a temporary arrangement till the time constitutional amendments are sought. Despite of above narrated good features in the order, it is again an executive one having discriminatory provisions contradictory to full fundamental rights which can be provided to the people of Gigit Baltistan under the constitution.

The bench while framing questions for their answer in the judgment, totally ignored this crucial issue to frame and to answer. Instead, the honorable bench went to rationalize the “Proposed Order” without going into its vires and constitutional sanction behind it. In my opinion, the honorable bench has exercised dictum of necessity once again to meet the prevailing situation rather go into the issue of vires of the order under articles of the constitution.  The honorable bench provided its auspices to it and bestowed with judicial imprimatur and permanence. The verdict in favor of “Proposed Order” would encourage the executive authorities to resile from their promise to bring a bill before the parliament in respect of a provisional province for Gilgit-Baltistan.

The advantageous aspect of the instant verdict is that, the Supreme Court categorically rejected the propaganda raised by the AJK political leadership holding that, quoted; “that is why we hold that the committee’s recommendations relating to the provision and enforcement of fundamental rights provided by the constitution must be implemented immediately and with full force and effect. As a matter of law as well as morality”. Unquoted, the supreme court is in full agreement with the recommendations made by the Sartaj Aziz committee and it transpires from the judgment, while reading paras 21, 22 and 23 that, a status of provisional province of GB pending disposal of the Kashmir issue is not fatal and injurious to the Kashmir issue, even after introducing amendments into the constitution.

Last but not least, the Supreme Court of Pakistan’s verdict has thrown the ball into the court of leadership in Gilgit-Baltistan who belong to national parties i.e. Pakistan Tehreek-e-Insaaf, Pakistan Peoples Party and Pakistan Muslim League. It is of their task, how they play their influence before their central leadership to motivate them to table a bill before the parliament and to seek amendments in the constitution to award a provisional provincial status to Gilgit-Baltistan.