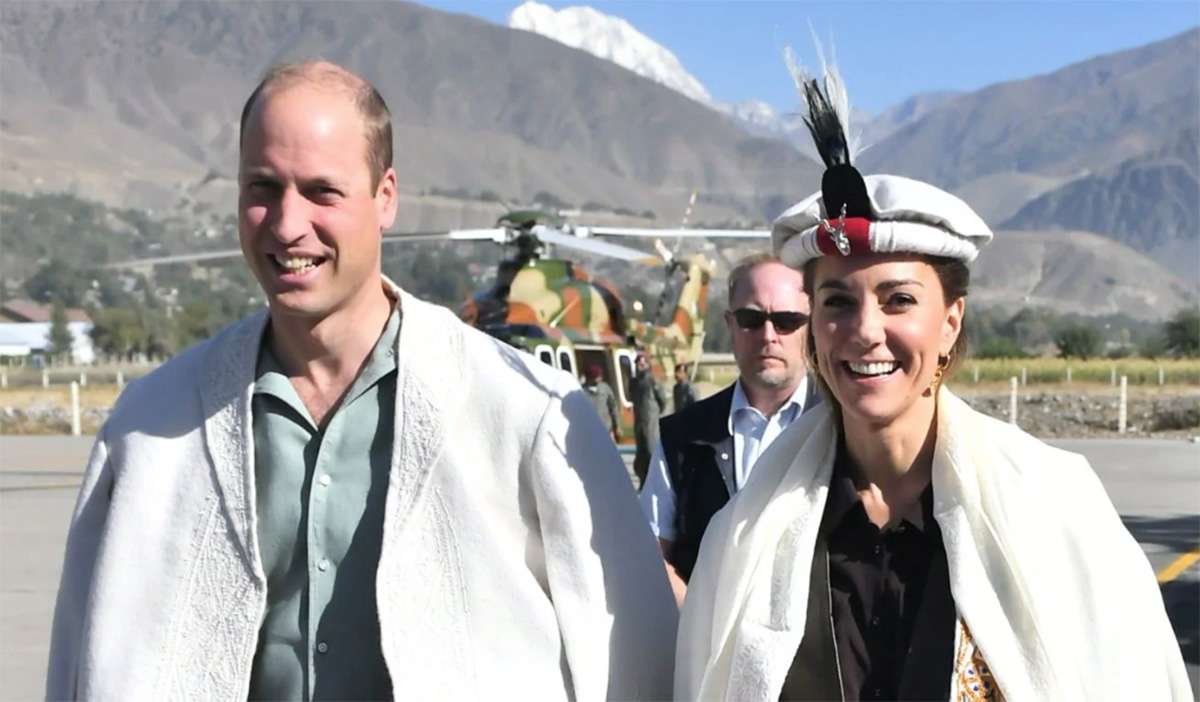 The Duke and Duchess of Cambridge flew from Islamabad to Chitral on their third day of Royal tour in Pakistan. This is the first royal tour of Prince William and his wife Kate Middleton to Pakistan.

The royal couple had landed in Islamabad on Monday evening as part of a 5-day long royal tour in Pakistan. The Duke and Duchess of Cambridge had a busy first day in the capital where they had a meeting with Prime  Minister Imran Khan. Earlier, the royal couple visited Islamabad Model College for Girls, a government-run school in the capital city.

The Duke had spoken of the challenges Pakistan faces from climate change at a reception at Pakistan Monument in Islamabad.

“Tomorrow we will be seeing some of these impacts first hand and meeting some of the communities adjusting to the new realities and new challenges that climate change has brought to their towns and villages,” he said.

“I hope to learn what more we all can do to help prevent and mitigate this impending global catastrophe.”

William and Kate are also expected to visit Gilgit-Baltistan and the historic city of Lahore as part of their royal tour.