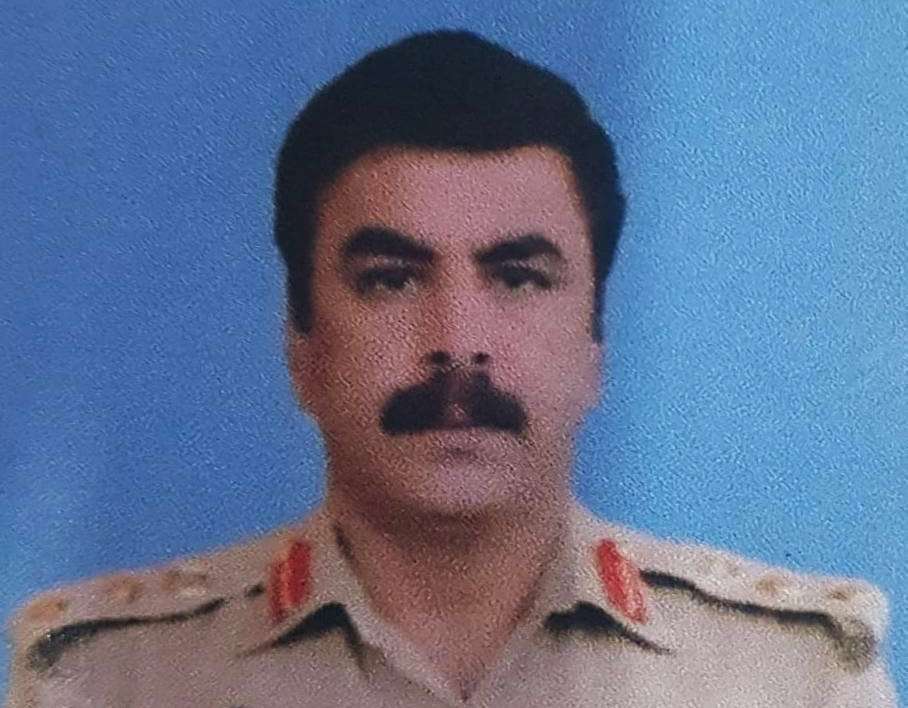 Colonel Mujeeb Ur Rehman was part of the Security Forces team that foiled a major terrorism threat through an intelligence-based operation (IBO) in Tank District, Dera Ismail Khan Division of Khyber Pakhtunkhwa.

He was the son of former Deputy Inspector General Gilgit-Baltistan Mir Afzal.

During operation two terrorists (high value targets) killed. In intense exchange of fire Colonel Mujeeb Ur Rehman embraced shahadat. During sanitization operation, a large cache of arms & ammunition recovered from terrorist hideout . Col Mujeeb ur Rehman Shaheed hailed from Bunji, District Astore. He is survived by a widow, three sons and a daughter.

Prime Minister Imran Khan lauded the security forces for conducting a successful operation in Tank. The prime minister paid tribute to Col Mujeeb ur Rehman who laid down his life for the motherland, saying that the entire nation is cognizant of the sacrifices rendered by security forces’ personnel.

PM Imran prayed for the departed soul and said that Pakistan is witnessing peace due to the efforts of the security forces.

Marking the completion of three years of Operation Radd-ul-Fasaad (Elimination of Discord), Chief of the Army Staff Gen Qamar Bajwa had last month said that the army was capable of thwarting any threats.

In a series of tweets, Director General Inter-Services Public Relations (ISPR) Major General Babar Iftikhar noted that the operation, which was a part of the war against terrorism, was initiated in 2017.

He said that the operation, which consolidated the gains of the past operations, indiscriminately eliminated the threat of terrorism and ensured the security of Pakistan’s borders.