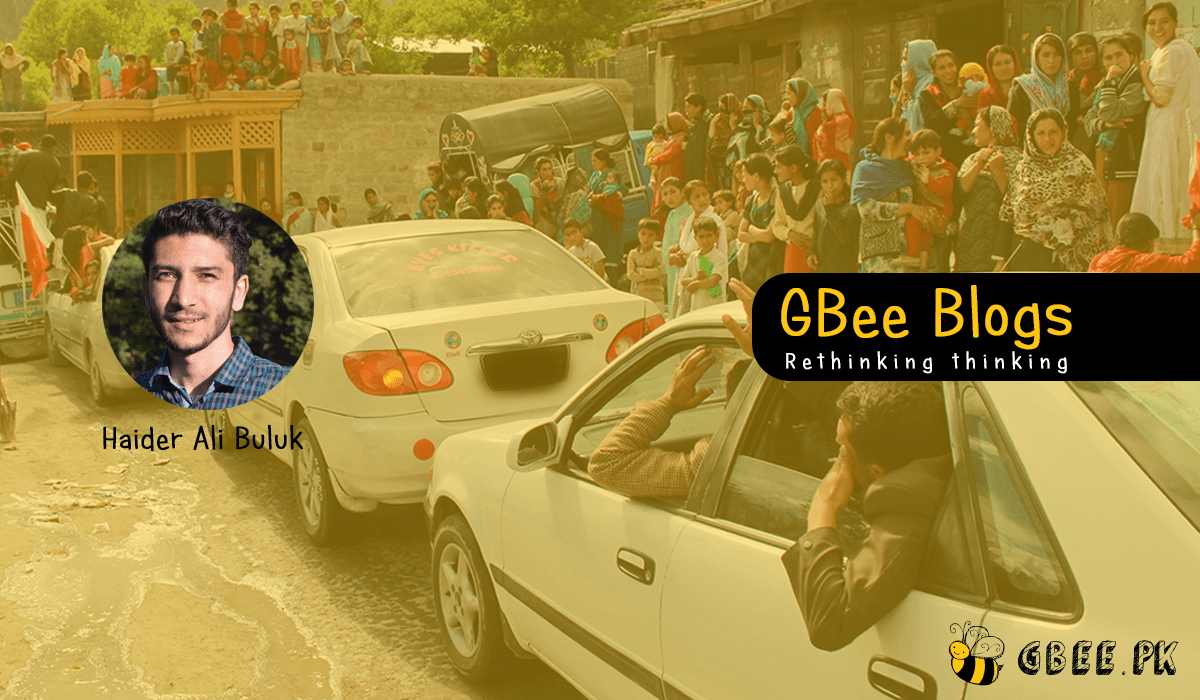 The very recent victory of Shah Salim Khan in Hunza by-election has obviously been a pleasant non-surprise for his supporters. There also is also a big section of Hunzokutz (people of Hunza) who are very disappointed by the result and some of them have described it as a tragic irony for the supposed largely literate chunk of Hunzokutz. Social media is full of such posts and they are most sincere reactions. However, there is a misunderstanding at the basis of it that takes literacy for enlightenment.

In a typically colonial statement, Major Brown of Gilgit Scouts once described the people of Gilgit-Baltistan as great warriors, more so, because of their lack of political awareness. One has to wonder whether that was true then and more importantly, if it continues to be true today.

Much more surprising then the Mir’s son being elected is the reaction of those who opposed him. They seem not to see the simple patterns going on the political scene of Hunza for more than 3 decades. That the Mir has been elected into power seven times before. The populace wasn’t totally illiterate whenever they did so. Admittedly, Nazir Sabir and Wazir Baig have served as a change once in a while. Yet, they came into power, only when it was PPP holding power in the Federal Government. You could hear people say that it is better to support the government’s candidate to ensure maximum cooperation and benefits from the center. I think this notion came along with the idea of linear liberal development narrative that still rules the minds of our leaders and has caused a lot of cultural damage. These values of compromise and obsolete libertarianism have taken deep roots in our cultures. The people of Hunza seem to have this linear view which needs to change or else they should stop looking so surprised.

GB was composed of a number of small kingdoms for centuries, before becoming a part of Pakistan. So, the introduction of modern political system must have been confusing or unintelligible to most people. Moreover, during the colonial period, the power structure was disrupted and a sort of vacuum came over. Familiarity with modern political methods and awareness of the system might have been more quickly attained if the democratic institutions of the state reached the region. However, both geographically and politically Gilgit-Baltistan stayed remote and isolated.

For over 65 years, Gilgit-Baltistan has remained a disputed territory lacking any say in political processes in the form of what we call a constitutional limbo. After unconditional hand-over of the then Gilgit Agency to Pakistan, the region did not get anything back. Not even as little as representation or basic human rights protection. The country has been benefiting a lot from this region’s strategic geographical location and the sacrifices of its people. But then, the list of suppressive acts by the Pakistani government and the numerous sufferings of the people of GB could go on a lot further. What matters most is how Gilgitis now react. What kind of ideas do they generate? Ideas of complacency or of taking a stand?

So, for those who voice their opinion on social media and at-least think about their issues, good going! The answer to the individuals, who are surprised at the result of the election in relation to the state of literacy in Hunza, is that there is no real correlation between literacy and political awareness. More important than literacy or education are the level of involvement and political awareness. Cognitive mobilization of a person towards political action and decision-making depends more heavily upon political experience than education. Therefore, our friends who keep complaining around on social media have taken the first step, but they need to go on and take part in the real world as well. It is now imperative for our youth to start organizing themselves politically and get more involved.

When it comes down to making real choices about rulers and taking real actions, there might be a variety of different ways at hand. The people of Hunza are not familiar with such methods. Apart from that, collective political action also requires a shared ideology and again the people are not really familiar with developing narratives. So, whatever the ends one might desire, improvement through the power of the people can only be achieved if political involvement and interaction becomes integral to social life.

Haider Ali is studying Sociology at F.C. College, Lahore. He is from Hunza Valley and is interested in studying and sharing his views about the affairs of Gilgit-Baltistan.