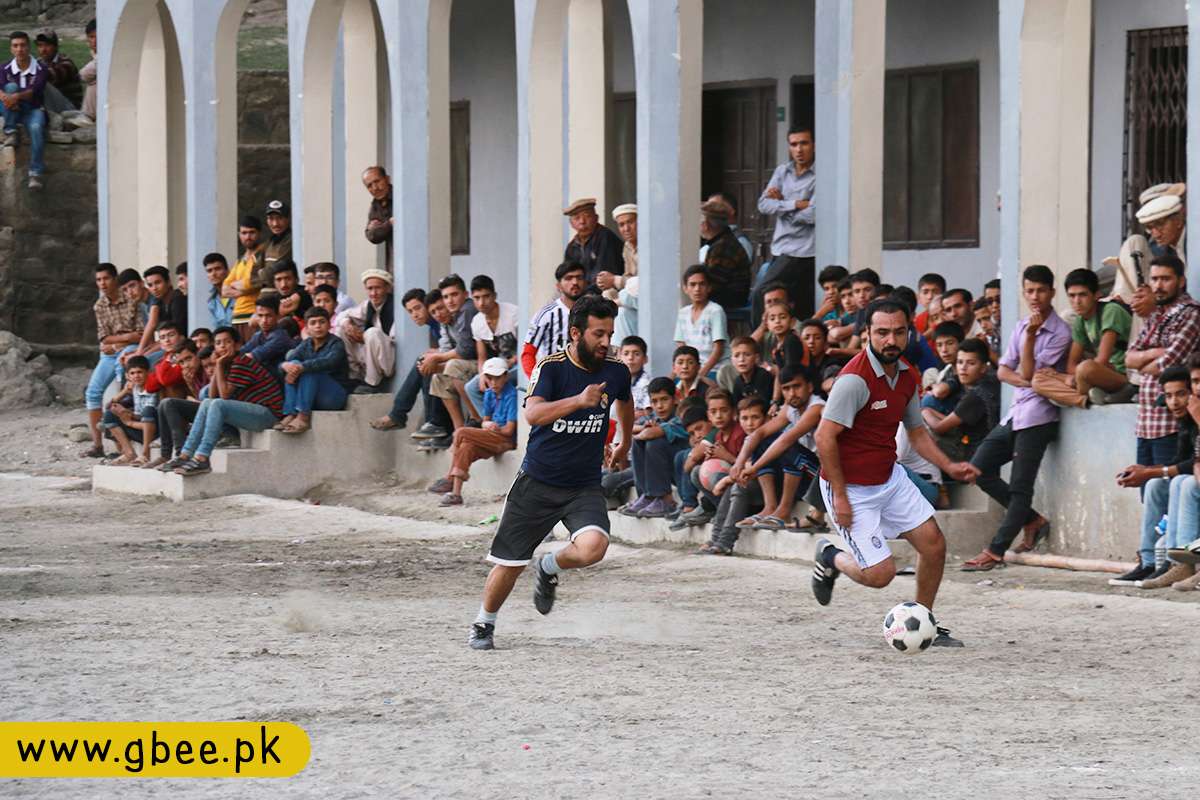 Wahadat Eleven from Gilgit has emerged as the winner of Hunza Premier League (HPL), 2016. In the final match played between New Karimabad and Wahdat Eleven at Baltit Polo Ground, Karimabad, Wahdat Eleven managed to win the title.

Despite speculations that this year there won’t be any HPL matches, Japan Chowk Football Association came up with quick a schedule and started the league with over 50 teams from entire Gilgit-Baltistan participating in the mega event.

A banner dedicated to martyrs is displayed at the entrance of Baltit Polo Ground, which is the home of HPL.

It must be noted that Hunza Premier League is currently most attended league in Gilgit-Baltistan, both in terms of teams and audience.

The premier league is organized every year in Karimabad at Baltit Old Polo Ground in the central Hunza district. After the popularity of the event, similar leagues have been started at town level in places Gulmit and Oshikhandaas.

Manager of Hunza Serena Inn Mr. Asghar Khan gave away the trophy to the winning team and distributed medals among the players of both winning and runner-up teams.

The Hunza Premier League trophy is unique in its design. It is completely carved out of wood by the famous woodcarving expert at Hunzo-e-Hayyan.

This year’s event was dedicated to the martyrs from Hunza in armed forces.