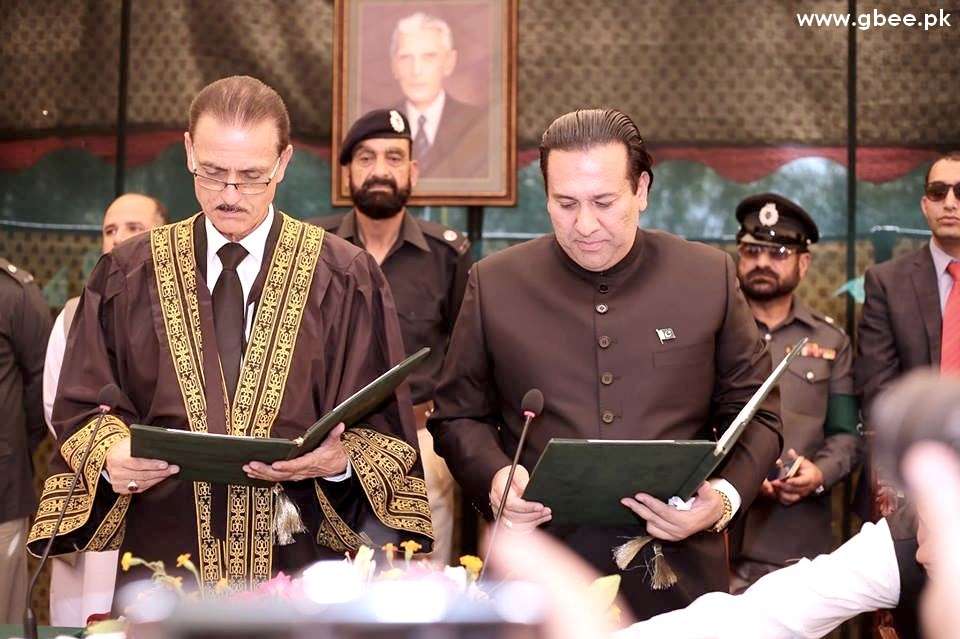 Raja Jalal Hussain Maqpoon has sworn in as the 7th Governor of Gilgit-Baltistan. He was appointed by President of Pakistan Dr. Arif Alvi after the resignation of Mir Ghazanfar Ali Khan.

The former governor of Gilgit-Baltistan Mir Ghazanfar Ali Khan’s resignation was accepted by the President, which came a few days after a video scandal surfaced.

The caretaker Chief Justice of Supreme Appellate Court Gilgit-Baltistan Justice Javed Javed Iqbal took oath from the new Governor of Gilgit-Baltistan who hails from Skardu district in the Baltistan region.

He had lost Gilgit-Baltistan Legislative Assembly elections from Skardu in 2015. His defeat came against Haji Akbar Khan Taban who won by just one vote.

According to the infamous GB Order 2018, the Governor of Gilgit-Baltistan has to be a local resident.