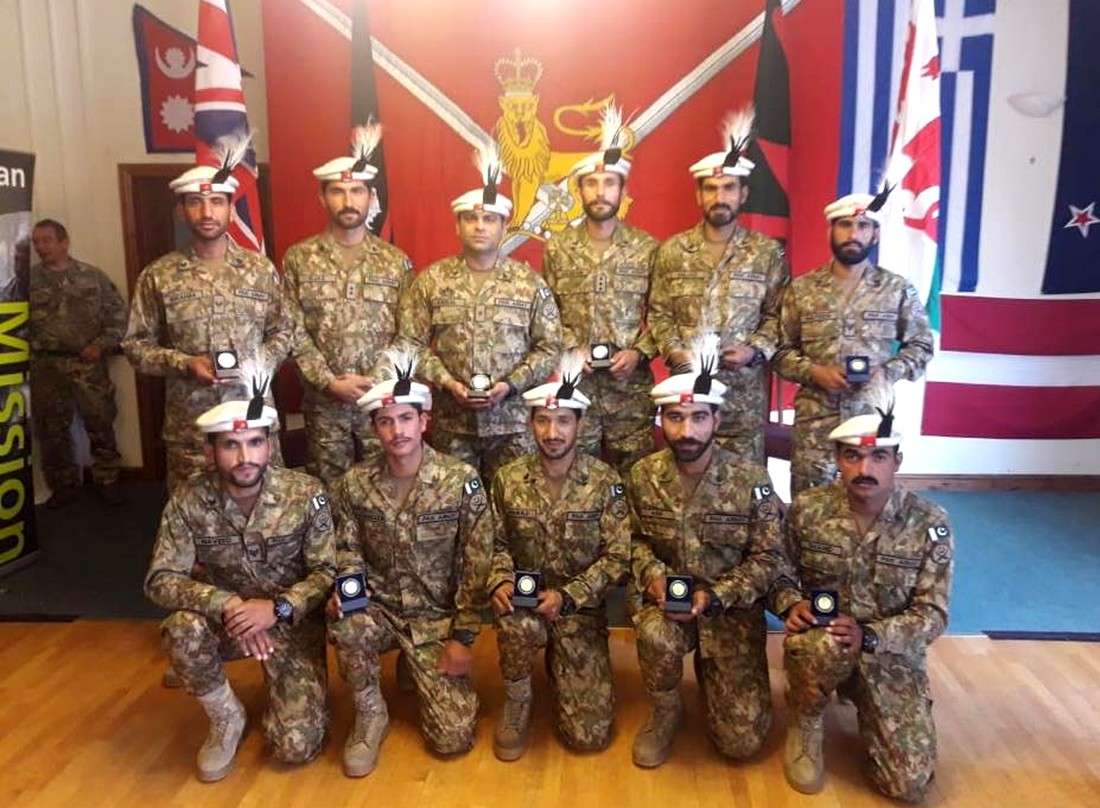 An 11-member team of Gilgit-Baltistan’s Northern Light Infantry (NLI) has won the 2018 edition of Exercise Cambrian Patrol. Exercise Cambrian Patrol is an annual event organized and run by 160th Infantry Brigade at Brecon in Wales, United Kingdom. This year’s exercise was held from October 12 to October 21. The event was attended by 137 patrols from 38 countries.

Exercise CAMBRIAN PATROL is the premier patrolling event of the British Army which is held in Wales and hosted by 160 Infantry Brigade.

Exercise Cambrian Patrol itself began in 1959, when a group of Welsh Territorial Army soldiers designed a weekend training event, featuring long-distance marching over the Cambrian Mountains, culminating in a shooting match on the Sennybridge Training Area.

Pakistan Army’s patrol has won a gold medal for the fourth consecutive time. This year, Pakistan Army’s team was represented by a battalion from Northern Light Infantry (NLI). NLI consists of soldiers from Gilgit-Baltistan.

Havaldar Lalak Jan and Captain Sher Khan, both recipients of Nishan-e-Haider for their gallantry in Kargil War, were soldiers of 12th Northern Light infantry Unit.

The Northern Light infantry (NLI) is currently headquartered at Bunji near Gilgit and consists of  16 battalions.